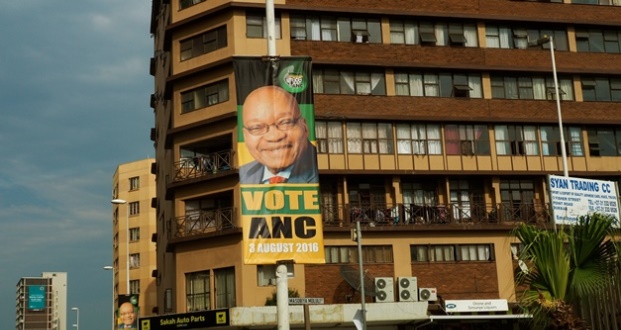 On Tuesday, the ANCâ€™s National Executive Committee (NEC) gave a press briefing, at which it announced that it does not support the motion for President Jacob Zuma to step down. The NEC had been being locked in a three-day meeting to discuss President Jacob Zumaâ€™s competency to hold office until its consultative conference takes place next year. The conference will take place from 30 June to 5 July 2016.

The committee, which is made up of top ANC officials, holds the power to issue the directive to compel the president to resign as head of the country.

The special meeting was called a month after former Public Protector, Thuli Madonsela, released the State of Capture Report which alleged that the president had been involved in business dealings with a wealthy family allowing them to influence state contracts and cabinet appointments. Zuma has vehemently denied all allegations and is challenging the report in court.

It seems that the NEC agrees with the remedial action proposed by the Public Protector in her State of Capture report, unlike President Zuma.

â€œIt was circulated for all the members of the NEC to have it and we all came to the conclusion that here is a report, itâ€™s inconclusive and itâ€™s calling for a judicial inquiry; we agree,â€ said ANC Secretary General Gwede Mantashe when asked about the report.

The president has been put under pressure to step down from numerous parties. Several members of the ANC including ANC chief whip Jackson Mthembu, Health Minister Aaron Motsoaledi, Public Works Minister Thulas Nxesi and Science and Technology Minister Naledi Pandor have called on the president to step down. ANC stalwarts Ahmed Kathrada, Trevor Manuel and Sipho Pityana have also called for Zuma to step down.

On Saturday, Minister of Tourism, Derek Hanekom, tabled the motion in the NEC for President Zuma to step down. Mantashe said that, after robust, difficult debate, the ANC agreed that it would not support this motion and Zuma would remain as president of the party and the country.

He dispelled the rumours that the NEC voted on whether Zuma should step down.

â€œAll members of the NEC had an opportunity to raise, in the meeting, the issues they feel that are hurting the movement,â€ he said. But Mantashe made it clear that there was no vote.

â€œThe ANC NEC has never voted on an issue, we persuaded one another to the point of consensus,â€ he said.

Mantashe made it clear that the NEC was behind Zuma.

â€œThe fact that we have not asked the president to step aside means we affirm him as president of the republic,â€ he said.

He confirmed that the ANC was working to build unity with its veterans, many of whom had also been vocal about Zumaâ€™s unfitness to lead the country.

â€œThe meeting held with the veterans affirmed that the party canâ€™t be strong unless it works together for unity,â€ said Mantashe.

In short, there was dololo acknowledgement of the damage that Zuma has done to the party and South Africa, allâ€™s well within the party, and it plans to meet next year to elect the next face of the ANC who will campaign for the 2019 general elections. It looks like till then, South Africans will have to sit tight.