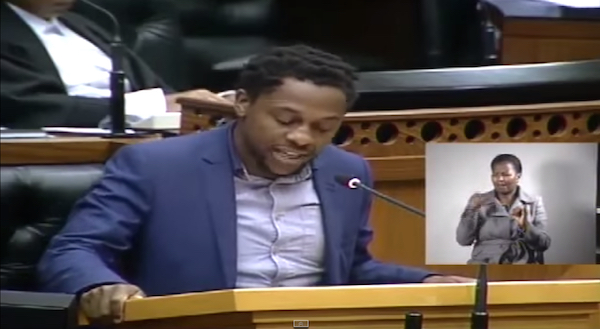 A few weeks ago, EFF national spokesperson Mbuyiseni Ndlozi took Human Settlements Minister Lindiwe Sisulu to task for saying people under the age of 40 were not affected by apartheid and therefore would not receive free housing from government.

Sisulu was in Parliament to report on an inquiry into the forced eviction of residents from the Nomzamo settlement outside Lwandle but Ndlozi soon shifted the attention to her comments on housing for South Africa’s young people.

Ndlozi neglected to mention that the elderly, military veterans, child-headed families, and special needs groups will be prioritised for housing, but he hit a nerve when he described Sisulu’s comments as “irresponsible” and said they were not indicative of a caring government.

He called the ruling party â€œageistâ€ and accused it of â€œplanning to turn all of [the youth] into hobosâ€.

“You minister, together with your government, are ageists who are discriminating against black people from accessing what is in any way, a human right,” he said.