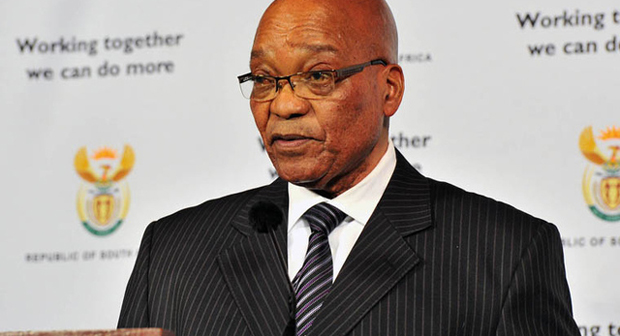 The ANCâ€™s annual January 8 statement has typically reflected the concerns of the party â€“ from calls to overthrow apartheid in the 1970s and â€™80s, to last yearâ€™s statement, which sought to â€œmove South Africa forwardâ€. EBRAHIM FAKIR suggests the 2015 statement should focus addressing on social and economic attrition and corruption, organisational decay, policy stasis and governmental inertia.

January 8 is the anniversary of the founding of the African National Congress in 1912. Since 1972 the party has annually issued the â€œStatement of the National Executive Committee (NEC) to mark this occasion. The â€œJanuary 8 statementâ€, as it is known, is typically delivered on behalf of the ANC NEC, by the President of the organisation.

It a major statement for the forthcoming year, primarily addressed to members of the ANC, which evaluates the content, context and challenges of society and maps out the main tasks, responsibilities and actions for the year ahead. As such, it outlines the ANCâ€™s programme for the year.

Typically, each statement has a slogan or a theme which encapsulates this programme. But the January 8 statement also addresses society at large, from the perspective of the ANCâ€™s diagnosis of the main problems and issues facing society. It also lays out what it steps the ANC wishes to take to address these problems.

The annual January 8 statements make fascinating reading, changing in tone and content along with the contextual and content shifts of our society. They reflect the changing nature of thinking in the ANC and the manner in which the ANC has approached the problems of society.

Predictably, most of the January 8 statements before 1990 are characterised by clarion calls to action for change and the overthrow of apartheid. This began with 1979â€™s â€œYear of the Spearâ€, which heralded uMkhonto we Sizwe, and continued until the 1989 statement, which was dubbed: â€œThe Year of Mass Action for Peopleâ€™s Powerâ€.

When the ANC was elected to govern, the tone and substance of the January 8 statements naturally shifted. Now they dealt with triple concerns: society in general, the ANC in government, and the ANC as an organisation. In 1994 the statement dubbed it the â€œThe year for liberation of all South Africansâ€.

Following years, such as 2009, focused internally, calling for the â€œYear to Defend the Unity of the Organisation and Protect the Gains of the National Democratic Revolutionâ€. By 2014, the statement was purely focused in tone and substance on policy and the ANC in government, calling for a year of â€œUnited Action to move South Africa forwardâ€.

If the ANCâ€™s successes were measured purely through the content of its January statements, the party could be considered a roaring and unparalleled success. But alas, its imlementation of organisational policy through government power appears to be less than spectacular â€“ as are its own internal organisational arrangements and leadership ethics.

Perhaps, in part, the 2015 January 8 statement ought to break the pattern cast over the last two statements and return to address these quadruple challenges: social and economic attrition and corruption, organisational decay, policy stasis and governmental inertia.

There is a little doubt that under the ANC, South Africa has made progress. Equally it has also been retarded in many aspects. For one, if the ANC spent half as much time, energy and creativity in governing the country as it does in capturing and maintaining political power, South Africa would make even more rapid progress than it already has.

Secondly, it must be noted that the inescapable legacy of Apartheid and colonial history bequeath our society with many skills shortages, social divisions and cleavages which constrain progress. However, the lackadaisical attitude to ethical blunders and non-compliant behaviour that undermine the rule of law and regulatory soundness retard our societal development more than the legacy of history.

Inclusive economic growth whose redistributory benefits accrue to all in society at large â€“ particularly the most vulnerable â€“ has been trumped by rent-seeking behaviour among the political and economic elite. In a constrained economic climate with the numbers of jobless â€“ particularly among the youth â€“ increasing, the ticking time bomb of underdevelopment, poverty, inequality and unemployment becomes ever more acute.

This is belied by the ANCâ€™s inability to keep within its fold the diversity of South Africaâ€™s population. With its non-African membership and support base slowly eroding, the organisation appears unable to reach diversity across the demographic divides of race, age and gender. After all, the ANC youth and womenâ€™s leagues have been reduced to moribund, statement -roducing organs. In the long run, this makes a mockery of the ANCâ€™s goals of non-racialism, non-sexism and democracy.

In three successive elections (2009, 2011 and 2014) ANC support in eight of South Africaâ€™s nine provinces and among non-Africans declined â€“ except for KwaZulu-Natal which experienced a surge. This raises serious questions about the nature of South Africaâ€™s evolving political culture under the ANC.

Without fetishising ethnicity and regionalism unduly (an approach the ANC historically has been very cautious to avoid), this trend raises disturbing questions about an evolving political culture that mirrors the politicisation of ethnicity and regionalism as instruments of political capital that appear rooted in other parts of the African continent.

Although the politicisation of ethnicity and regionalism has not been a generalised problem in South African politics thus far, it is an issue worth raising questions about, given the evidence of an emerging trend. After all, former ANC president Pixley ka Isaka Seme warned as far back as 1911 that: â€œThese divisions, these jealousies, are the cause of all our woes and of all our backwardness and ignorance today.â€

Racial solidarities appear strong, which bodes well for community and social cohesion within homogenised communities. This has serious implications, however, for building an across-community, non-racial solidarity project. The election results and social support patterns appear to suggest a worrying trend of hardening of racialised political attitudes among poor black South Africans in townships and rural areas, with slightly more cosmopolitan political attitudes emerging among upwardly mobile black South Africans in some urban and suburban metropolitan areas.

Simultaneously, new class solidarities are emerging. This raises the longer-term question of the disincentives social mobility represents for the ANCâ€™s continued political hegemony. Historical antecedents, with respect to racialised identities and social polarisation, may find continuities with social identities shaped by Apartheid.

A response to this may be increased patronage and pork-barrel politics, as well as the emergence of a more strident populism from the governing party, especially when faced with the emergence of a party like the Economic Freedom Fighters (EFF) and the possible United Front â€“ to the purported left of the ANC alliance.

To expect the ANC to at once address social and economic attrition and corruption, organisational decay, policy stasis and governmental inertia may be misplaced. But to what other standard are we to hold an ANC seized by the idea of hegemony; an ANC which seeks to be in control of every aspect and sphere of society; an organisation that wishes to be a movement, a modern political party, a mass democratic movement and a popular front all at once? An ANC that wishes to be the â€œleader of societyâ€ â€“ all things to all people? Ebrahim Fakir was the Ruth First Fellow at Wits Journalism for 2014 and is head of the political parties and parliamentary programme at the Electoral Institute for Sustainable Democracy in Africa. A shorter version of this piece was published by the Sunday Tribune on Jan 4, 2015, and is reproduced her with permission from the author.