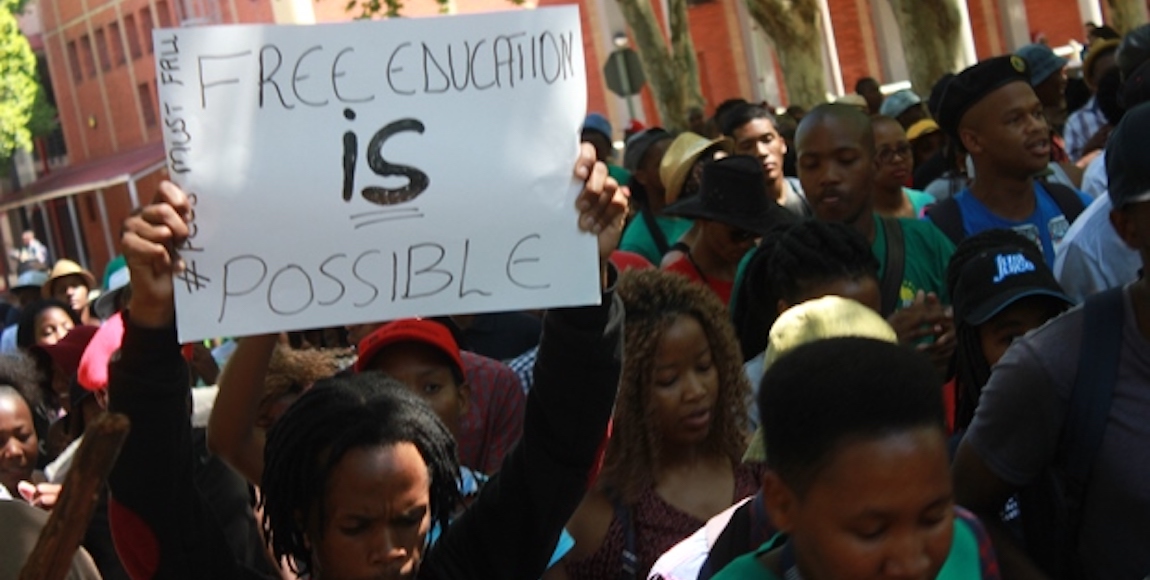 The ANCâ€™s sub-committee, which is currently looking into fee-free higher education, only sees it becoming a reality in the next three years. According to the Mail & Guardian, the discussion documents of the sub-committee on education, health, and science said that a funding model that supports qualifying poor, working-class, and middle-class students must be implemented by 2020.

ANCYL national spokesperson Mlondi MkhizeÂ says the youth leagueÂ believes it can be done sooner. â€œWe believe that next year government can start introducing free education for the poor and the needy, and those that can afford, their parents should pay for them,â€ he said. The ANCYL sees free education as key to tackling the challenges facing the youth of the country. â€œAs a result, we canâ€™t compromise on free education. We want it and we will try our level best to pursue it at the policy conference.â€

Mkhize said it would be possible for government to implement free higher education if it prioritised higher education in its budget and the private sector was roped in. â€œThey are equal beneficiaries of graduates of many universities and institutions. They canâ€™t just fold arms and hands when they make money out of South Africans and the youth.â€

The ANCYL is certain that the upcoming Fees Commission report will have positive results and affirm the necessity of free education. â€œWe believe that we have persuaded the commission in our presentation,â€ said Mkhize.

Mkhize said the Youth League has been lobbying support for free education during the policy conference. â€œWe have been engaging many provinces throughout the ANC, including the Womenâ€™s League, and we seem to be finding each other.â€ On 26 June, the ANC in KwaZulu-Natal adopted a free education proposal at its three-day provincial general council at the University of Zululand.

However, the ANCYL calling for free higher education doesnâ€™t mean that they will be joining the Fees Must Fall movement anytime soon. At the beginning of 2016, MaineÂ called for state security to investigate the movement asÂ he said it had a counter-revolutionary agenda.

Hopefully all the lobbying being done by the young ones at the ANC policy conference, which ends on Wednesday, will be enough to convince the elders that fee free-higher education is a possibility for the generation who desperately need it in the coming years.