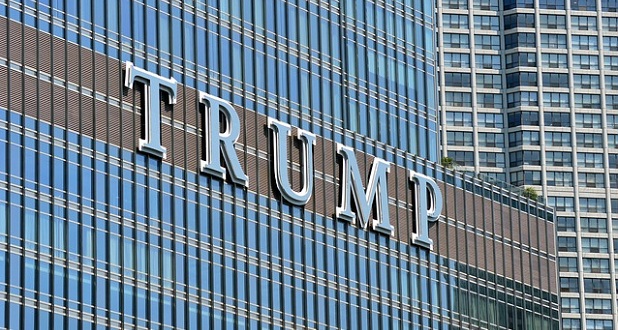 In tough economic times, voters are looking to the super-rich to work their financial magic in government: say hello to President Trump. However, Angelo C Louw says this thinking can lead down a dangerous path.

â€œI am more afraid of one hundred sheep led by a lion than one hundred lions led by a sheep.â€ â€“ Charles Maurice de Talleyrand-PÃ©rigord, French diplomat.

When I think of Donald Trump, I picture the iconic scene in Stanley Kubrickâ€™s 1964 classic Dr. Strangelove or: How I Learned to Stop Worrying and Love the Bomb – Major â€œKingâ€ Kong straddling an atomic bomb to oblivion.

The image captures the fragility of affairs during the Cold War, when any moment could have led to an atomic showdown and the end of the world. The film satirises â€œredneckâ€ Americaâ€™s longstanding inclination towards violence in situations of conflict. Like Major Kong, Americaâ€™s new president embodies right-wing rhetoric and hillbilly, trigger happy sentiment.

â€œI would bomb the shit out of ’em,â€ Trump famously said of ISIS in the buildup to the US election. Actually, there are protocols that governments undertake to observe before declaring war on any foreign state. I donâ€™t expect a reality TV star who has no training or background in governance to know this. Yet, despite his lack of experience in public office, Trump is the new president of the United States. As surreal as this situation may seem, Trump is just one example of a seemingly growing global trend: the rise of businessmen into politics.

Europeâ€™s debt crisis, Chinaâ€™s imploding economy and a global student debt problem are some of the factors driving a new global recession, according to economists all over the world. The divide between rich and impoverished people is deepening daily and many see deteriorating living conditions as a failure of the politicians steering the ship.

Men like Trump, whose public relations teams have moulded an image of financial success in trying times, begin to look like the answer to these failures. If they were able to build multi-billion dollar businesses from the ground up, they must know to resolve the economic challenges facing a country.

Desperate people fed up of struggling through each day might think that men like Trump have the answers, but this thinking is dangerous. There is a reason why blurring the line between business and government is frowned upon.

A business approach to governance does very little for ordinary people; in fact they become nothing more than a resource in the production line of capital. At worst, politicians who are businessmen can manipulate government policy to benefit their private business ventures. This is not a far-fetched suggestion.

Take Paraguayâ€™s current president, Horacio Cartes. Cartes is a businessman who started his political career just under a decade ago. He gained prominence due to his thriving business empire which includes everything from beverage production to owning a soccer club. Cartes has been suspected of involvement in criminal cigarette smuggling, and Paraguay has been slow to implement international legislation aimed to reduce cigarette smoking. The tobacco industry just so happens to be his cash cow.

In South Africa, many have pinned Deputy President Cyril Ramaphosa as the next presidential candidate for the ruling party.The mining mogul, hailed as one of South Africaâ€™s richest men, has demonstrated a disconnect in the way that he dealt with protesting miners in Marikana. Ramaphosaâ€™s calls for â€œconcomitant actionâ€ as per his email to Lonmin chief commercial officer Albert Jamieson allegedly led to the massacre which claimed 34 lives. Ramaphosa has since been exonerated by the Marikana Commission report, but his involvement is a far cry from his days as secretary of the National Union of Mineworkers, and demonstrates that business links influence how an individual leads and whose interests they prioritise.

Granted, the deputy president has been instrumental in pushing for a national minimum wage at the National Economic Development and Labour Council (NEDLAC), acting as a buffer between Business and Labour. However, negotiations were meant to have been finalised months ago. Such is the course of any pro-people policy: promises, delays, protests, promisesâ€¦

It is clear that people have grown tired of empty promises. They seek the tenacity of the proverbial lion to protect their interests. But, the risk one hundred sheep take under the leadership of a lion is that lions are carnivorous cats.

Angelo C Louw is the advocacy officer at Studies in Poverty and Inequality Institute (SPII). He is currently a Fulbright/Hubert H. Humphrey Fellow based at the University of Maryland near Washington DC.