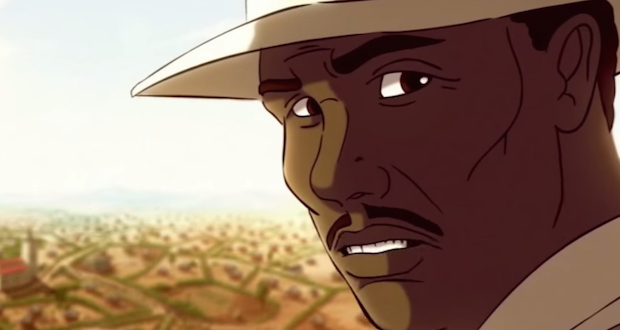 An animated feature film set for release later this year is set to bring the story of the Motswana King Khama III to the big screen.

I Am Khama tells the story, is based on Motswana King Khama III’s battle to save the Bechuanaland Protectorate, now Botswana, from the colonial rule of the British in 1895.

Written and directed by Mark Macauley, I Am Khama, follows Khama III who travelled to Britain to push for having his country made a British protectorate – a move that would limit his powers somewhat but would also protect his country from the colonial aspirations of Cecil John Rhodes. Khama IIIs actions resulted in the creation of the Bechuanaland Protectorate, now Botswana, and preserved his family’s power. (Current Botswana President Ian Khama is his grandson.)

The film highlights the roleÂ our African neighbours, and colonialists like Rhodes, played in helping to establishÂ theÂ South Africa we have today, and how the vestiges of colonialism live on today – the film, which was produced by a Canadian animation studio, features a British writer, director and cast (although South African theatre actor John Kani does have a small role).

The film is set for release later this year. Watch the full trailer here:

– Featured image: screenshot from the trailer