South Africa has lost another young soccer player to a car accident; this time it was Mlondi Dlamini, who played for Maritzburg United.

The midfielder died on his way to Cato Ridge in KwaZulu-Natal in an accident that occurred Sunday.The general manager for Royal Eagles, James Dlamini said the accident happened at around 4am.

The 20-year-old had only recently been promoted to first team.

Happy Mashau, 24, a player from the National First Division’s Pietermaritzburg team Royal Eagles, was driving. Mashau, who transferred from Maritzburg United in August this year, survived the crash.

This is not the first time a Maritzburg United player has died in a car crash. In January last Mondli Cele was killed hours after scoring the opening goal in a 3-3 draw against Orlando Pirates in Pietermaritzburg. An eyewitness claimedÂ Cele was speeding when he lost control of his car.

In July, KAS Eupen player, Ntuthuko Radebe diedÂ when the car he was in was involved in an accident in Newcastle.

In 2015, Free State Stars striker Richard Henyekane, 31, died in a car accident after he collided with a truck. The player was apparently battling alcohol dependence.

There have been several other similar incidents. Some lay the blame for such incidents with the PSL’s party culture.

In 2015, Lucas Radebe spoke to Move magazine and appealed to players to stay away from partying and late night driving. Radebe said sleeping was very important for soccer players due to the intensity of their training. â€œAnd when you add to that fatigue by partying and driving at night, you are inviting problems,” he said.

The issue also came up in September after Bafana Bafanaâ€™s defeat against Cape Verde in Durban. Coach Stuart Baxter said there would be â€œa complete new code of conduct”. He said he would also do a presentation named ‘The 24-hour professional’ to remind team members that they were 24-hour professionals.

If the PSL is to put an end to late night road accidents involving players, it may need to follow suit by adopting such codes of conduct. 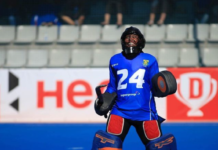