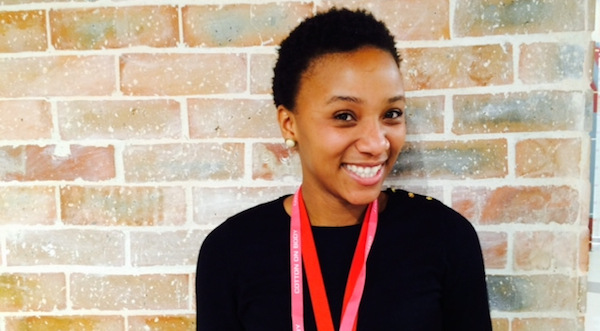 ANC MP Lindiwe Maseko put it to parliament on Tuesday that South Africans are not patriotic enough and, as a solution, proposed that the SABC broadcast the national anthem twice a day. Minister of Communications Faith Muthambi is reportedly putting measures in place to implement this, saying it will â€˜boost social cohesionâ€™ and â€˜moral regenerationâ€™. AAISHA DADI PATEL asked some Joâ€™burgers what they make of this idea. “I think it’s a lot of hogwash, I don’t think they even know what patriotism means or what it would be. Patriotism comes from more than saying white people and black people should hold hands or that we should sing the national anthem so many times a day. I mean, itâ€™s like what Kennedy said. Itâ€™s not what you can do for your country, but rather what can your country do for you.

Do taxi drivers care about patriotism when they’re disregarding the rules of the road and driving recklessly;? Â You can play the national anthem as many times a day as you would like to, it won’t make a difference. Because these people in charge don’t know what patriotism means.” “I think it’s a nice idea. I mean after the World Cup, anything that we can say to keep our national pride is good, so why not?” “I’m already proudly South African because I believe that we have Ubuntu and this spirit of it and this unity that we have is so strong, I donâ€™t understand how they can say that we arenâ€™t patriotic enough. I think that they can play the national anthem every day, but even if you ask a six year old, they already know it. Everyone knows it already.” “I don’t like the idea of it. I think that they should run the country better to gain patriotism, not expect it to come from singing the national anthem more. Are we going towards socialism, I thought we were a democracy? They should create something for us to be proud of if they want us to be more patriotic.”