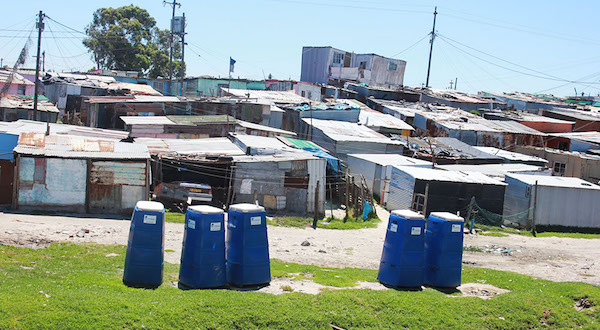 The Institute for Justice and Reconciliation (IJR) recently released its annual South African Reconciliation Barometer report. According to the findings, only 53% of white South Africans agree apartheid was a crime against humanity, and just 3 in 10 white people think apartheid impacted the poverty of black South Africans. RAâ€™EESA PATHER asked Capetonians what they thought of these findings. *Theodore Fredericks, 37, administrator for the City of Cape Town, Pelican Park
I donâ€™t really think anything about it, itâ€™s just statistics. Apartheid had an impact on the poverty of black people. Because of the inequalities and the injustices, the opportunities werenâ€™t there. But itâ€™s sad that we havenâ€™t come further. Weâ€™re still building a new South Africa and itâ€™s going to take time, itâ€™s not going to happen overnight. Too many people are thinking of quick fixes, and there isnâ€™t a quick fix. I think where we are now is an improvement on where we were, but it still will take time. Obviously, whites think differently to how we do, because they ruled at that time, so they obviously have the advantages apartheid gave them. When they moved the coloureds and the blacks to secluded locations then it made the poverty we have today. There were no land or jobs available, and it does affect todayâ€™s life. I think thereâ€™s a lot to prove about reconciliation, because many people are still living in that era where apartheid still is alive, and they still feel it around them with racist remarks and discrimination. Thereâ€™s still a lot to reconcile, but I think itâ€™s going to happen soon. Jaymee Young, 21, student, CBD
Those people (the 47%) are obviously in a different frame of mind and most of them didnâ€™t know better. It was wrong the way that people were treated, but I donâ€™t know if I can say that apartheid was really a crime. I just think that it was really wrong, because people got unfair treatment just because of the colour of their skin. You get the great people and you get the trash in every race so why do they have to generalise everybody just by the colour of their skin? The generation of today never experienced apartheid, but they canâ€™t get it out of their minds, because the elders that we stay with, itâ€™s still stuck in their minds. People need to know that weâ€™re past that and stop discriminating for what happened in the past, and blaming us because we donâ€™t have anything to do with it. Siyasanga Zonke, 29, call centre agent, Claremont
Iâ€™m not surprised. People that werenâ€™t affected by apartheid wouldnâ€™t feel or understand it. Thereâ€™s still a lot of racism, and a lot of people arenâ€™t even aware that theyâ€™re being racist because it suits their norm. Weâ€™re still stuck in the past, and 20 years into this so-called democracy, our job is to find ways to change the perception of black people. To a certain extent reconciliation is better â€“ I can walk into a bar now and have drinks with white people â€“ but I still think we have a very long way to go. Itâ€™s a mindset – peopleâ€™s minds are still entrapped and imprisoned by the whole apartheid regime. The greats fought for us and I donâ€™t think they fought for us to still be stuck in that time. Apartheid is definitely a crime. People who say itâ€™s not are definitely ignorant, and theyâ€™ve been brainwashed, possibly by their parents and the communities they grew up in. Because of the misfortunes of the past, people are still in the positions theyâ€™re in today. You canâ€™t change that within a short period of time without having a system in place that allows for it. Within small groups and populaces, reconciliation has happened, but overall not really. Thereâ€™s still massive issues to be dealt with, and massive gaps between people that doesnâ€™t allow for it. Neil Buys, 40, tour guide, Goodwood
Itâ€™s ridiculous, because when you look at the planning of apartheid, it was to disenfranchise people from their culture, from their background, from where they came from and it changed their whole living spaces. It changed the whole social culture and upbringing of people. The education apartheid exposed us to, it was not education about self or being proud of oneself, so I think the legacy of those things still have an effect today. Some people never experienced these effects and life in townships; thereâ€™s a disconnect. I think more white people should spend time and speak to people who come from these backgrounds and find out whatâ€™s really going on. I think thereâ€™s a lot of work to be done on reconciliation. Government and parastatals are trying to do things, but it starts with people on the ground.