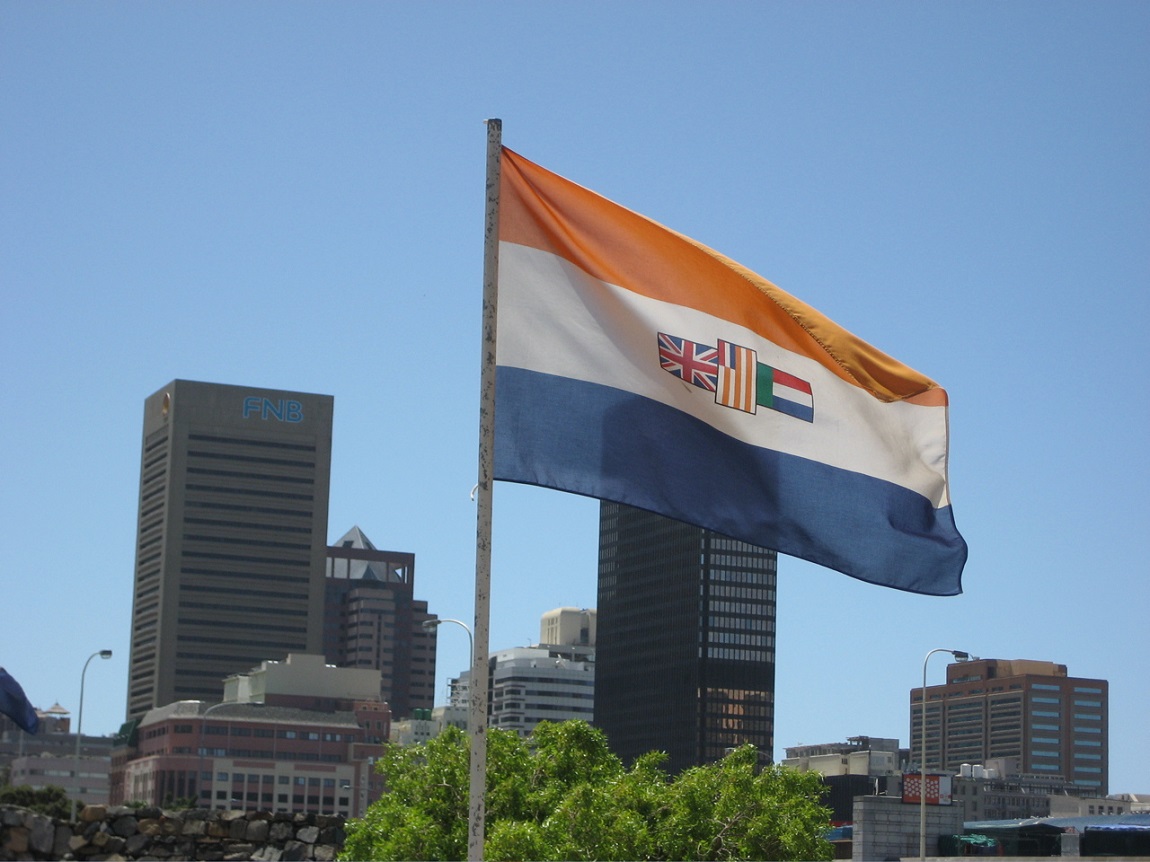 The Equality Court has declared that displaying the apartheid flag without good reason constitutes hate speech. Deputy judge president Phineas Mojapelo made the judgement in the case. The Nelson Mandela brought the case before the courts. The white supremacist lobby group AfriForum, alongside the Federasie van Afrikaanse Kultuurvereniginge (FAK) opposed the case.

The Equality Act of 2000 is an anti-discrimination law. It forbids “hate speech and harassment”. Specifically listed in the act is racial discrimination.

In 2017, there was a display of the flag during the 2017 Black Monday protests. Afriforum organised the protests against the supposed high numbers of farm murders in South Africa.

Judge Mojapelo went through the submissions made by the Nelson Mandela Foundation. This included the childhood experiences of the chief executive Sello Hatang. He outlined the negative memories associated with the apartheid flag.

The foundation’s lawyer, Tembeka Ngcukaitobi argued that “AfriForum does not engage seriously with the impact of this flag. What it has said is that it acknowledges… that the flag has the capacity to cause offence and emotional distress. And yet the evidence is the flag caused offence, it’s not about emotional distress. It’s not as if someone is offended that they’ve been dumped by their girlfriend. It is simply an assault to human dignity that is represented by the flag. And that is what AfriForum does not seem to grasp.”

Furthermore, the foundation went on to argue that the flag is a symbol of white supremacy. They said it “was degrading and dehumanising to black people.”

“Those who display the flag consciously and deliberately choose not to display the new democratic, all uniting, non-racial flag,” said Mojapelo. He went on to say “They choose oppression over liberating symbols. They intend to insult and awaken feelings of white supremacy.”

During his judgement, the judge said Afriforum’s defence that displaying the flag is freedom of speech is illogical. He dismissed their defence. However, he did say during the judgement that his ruling “is not a banning order against the old flag.”

Afriforum also argued in their court papers that the feelings of black people who might be offended by the display of the flag should not take precedence over the rights of the flag displayer.

Reaction to the judgement

In a press statement released by the foundation after the ruling, they said: “The 1928 Flag of South Africa has come to globally represent  a symbol of white supremacy, exclusion and hatred and is considered by most South Africans as a source of trauma and terror. “

The foundation says they welcome the decision. “All South Africans have a reason to be relieved and to celebrate today’s judgment as it affirms our rights to not suffer hate speech, our rights to dignity and our rights to a meaningful freedom of speech,” said the statement.

The Economic Freedom Fighters said they welcomed the decision. Additionally they have called on President Cyril Ramaphosa in light of this ruling to remove Die Stem from the national anthem.

“Forcing black people to sing Die Stem is like asking them each day to salute the ApartheidFlag. The apartheid statutes, street names and symbols that continue to celebrate and honour apartheid murderers and invaders should also be declared hate speech. They must be obliterated from the face of a democratic and inclusive South Africa,” said the party in a statement.

Speaking to The Daily Vox, political analyst Ralph Matekga said: “The judgement is a milestone in South Africa’s attempt to move towards non-racialism, and a society based in dignity.” Matekga says he thinks the elaborate judgement presented will convince even a sceptic that the apartheid flag has no place in South African society.

“The big step is we have made racism illegal today,” said Matekga adding that moving forward the implementation will be very important.

He says the today’s judgement shows that those that will attempt to defend apartheid symbols will find it very difficult to do so. Matekga also said the point is not to penalise people but to change attitudes.

He says there will be further discussion now around other apartheid monuments and memorabilia like the Voortrekker Monument and so on.

“This is not the end,” he said about the fight towards a more just and non-racialised society.