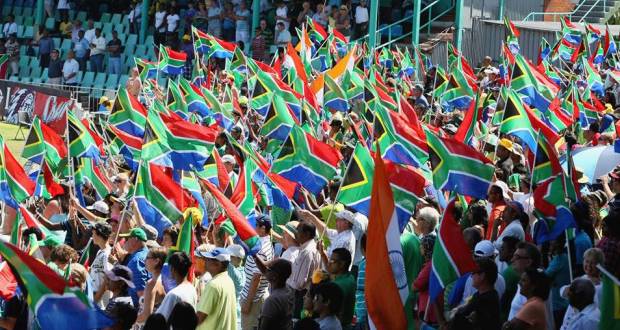 The South African cricket team was left licking their wounds after losing the Sunfoil test series against England. This time around, the loss cannot be blamed on transformation, since it was black players who shone. TSHEPO RAMONYALUOE has some advice for Cricket South Africa if they want to turn things around.Â

If Cricket South Africa has a war room, I would assume every single alarm is going off right now. Another test match lost, another series gone! We have now gone three test series without a win. In fact, we have only won one test match out of the last eleven we played. Thatâ€™s a win ratio of only 9%. Zimbabwe and Bangladesh – arguably the two weakest cricketing nations in the world – have a better win ratio in their last eleven test matches than the Proteas do. Mind you, Zimbabwe and Bangladesh do not have players of our calibre in their teams. And these two countries donâ€™t even have strong domestic leagues in their backyards, yet here they are, mentioned in the same sentence as the Proteas. This spells trouble.

At the rate weâ€™re going, our tumble to the fourth spot in the test cricket rankings will happen in no time at all. I wouldnâ€™t go as far as labelling the Proteas situation as a crisis, but I do reckon urgent intervention is needed. For the number one test team in the world to go nine matches without a win is unheard of. In any other team sport, such a bad run of results would have relegated us to the middle of the table by now. But this is cricket, and cricket is another sport altogether.

The truth is, since the loss of Graeme Smith, Mark Boucher and Jacques Kallis, our team has not found its way. We find ourselves in what is, fundamentally, a transition phase. We havenâ€™t filled the gaps left by the departure of Smith and Kallis, and the team seems to rely too heavily on Amla and De Villiers. Our bowling is in tatters. Steyn is injury-prone, and Philander has never come across as the man you call on when things fall apart. Perhaps this slump in performance is to be expected for a team in transition, and some may argue that with the likes of Bavuma and Rabada getting acclimatised to international test cricket, the future may be looking bright. But the reality is, we need to turn the corner, and we need to turn it now.

Amidst all this mayhem, one important factor has stood out for me. The impressive performance of the teamâ€™s black players in the second and third test matches against England. They have been so impressive that not a single cricket-following-soul can actually pin any blame for our slump on transformation. The emerging black talent at international level has, in fact, masked the terrible run of results we are currently producing. Bavumaâ€™s maiden test century and Amlaâ€™s double ton overshadowed the fact that, during the second test against England, the Proteas were pinned against the ropes for the entire match. Rabadaâ€™s five-wicket haul during Englandâ€™s first innings of the third test also went a long way in giving us the illusion of a looming showdown in the final two days of play. In hindsight, it is clear that South Africa never looked threatening at any moment during the last three tests.

This loss to England should serve as a wake-up call to Cricket South Africa. We canâ€™t keep fielding the same off-form players in the hope that they will, spontaneously, pick up form on the field and start firing.

We need a clear strategy as to which direction the team is heading. We needÂ to change our style of play, focusing more on that brave in-your-face cricket! We need a coach who will not be soft on his players, a coach who will not be afraid of dropping non-performers. We need a team that performs well, consistently, and that means selecting players that consistently perform well. We need to arrest this decline in the quality of our cricket. If we are to build a formidable test cricket team, the process should start here, and now.