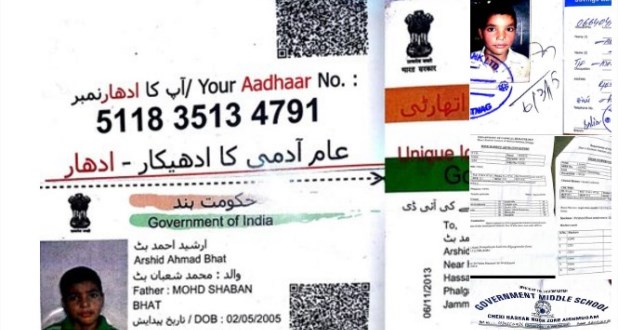 HANEEFA BEGUM, 40, from Kashmirâ€™s Ashmuqam slowly watches her 10-year-old son, Arshid Bhat, going into the lap of death. He has been diagnosed with acute leukaemia. A mother of five daughters and the only son, the family has little means to save him. Haneefa shares the struggle of saving her son with The Daily Vox.

More than two weeks ago, Arshid, my only son, returned from the school in this village where he studies in class V. In the evening he complained of swelling in his gums and pain in the tooth. Being the only son, with whom our all hopes are tied, we took him to a nearby doctor. He initially refused to go and wanted me to get the medicine for him. When we took him to the doctor, after examinations, he told us to take him to the hospital as he suspected some disease in him as there were visible symptoms.

From our home in South Kashmirâ€™s Ashmuqam village, we took him straight to Sheri Kashmir Institute of Medical Sciences (SKIMS), in the Srinagar city, which is the only tertiary care hospital in Kashmir. The doctors got some tests done and he was tested positive for acute leukaemia.

I am totally in shock. Since that day, he is in the hospital. He was just fine, walking normally, going to school, playing and eating well. It just seemed a minor problem, but now it seems a mountain has fallen on me.

He was born after prayers as I already had five daughters. He was born at last. He is the youngest child and the most loved and pampered at home. Due to poor financial conditions at home, as my husband is a farmer, we ensured to admit him in the school so that he can have a good life and a respected career in future. My daughters donâ€™t go to school because we have no money to afford their education.

With him, our hopes will die. I cannot see him like this on the death bed. I have a hole in my heart that we are not able to even afford his treatment properly; it takes 20, 000 INR (Indian rupees) every day for his treatment. My husband is left with no work as he is attending him in the hospital. Life has turned very difficult with his illness.

I just want a miracle to happen. I want him to live. I hope he will.