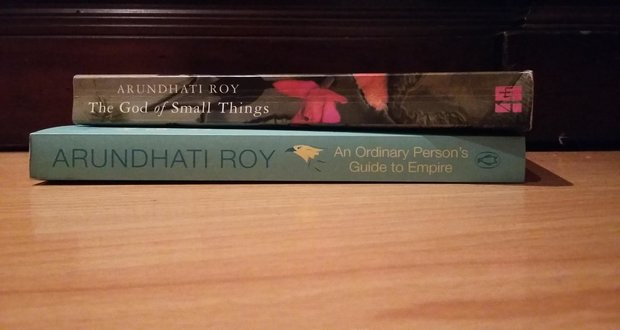 On 1 July, ELLE India featured the extraordinary author Arundhati Roy as the cover woman of the magazineâ€™s July issue, in which she was interviewed Â on her writing, exercise habits and first new novel in 20 years. The interview also raised the issue of blackness, but why and how does the Indian author consider herself black?Â

Fans of Roy and her Booker Prize-winning debut The God of Small Things fawned over the cover and interview, which gave rare insights into the life of the private writer and activist.

However, the bubble of idolisation quickly burst somewhere during Royâ€™s answer to the first question of why she was featured on the cover of ELLE India. Her response was: â€œBecause I have seen dark-skinned women on ELLE covers. I love that. Iâ€™m a black woman. Most of us are. Ninety percent of us are.”

The answer raised some controversy. Tweeps quickly began to wonder why an Indian woman was calling herself black. What exactly did she mean by that? And who exactly is she referring to when she says that â€œmost of usâ€ are black?

@ztsamudzi Could she be talking about people who aren’t white or is this some political blackness bs? Either way, she’s dead ass wrong.

The use of the term black by non-black people of colour has been a contentious issue in progressive circles of late, especially in South Africa. There has been a Black Pride movement recently on the internet, with hashtags such as #BlackOut gaining popularity all over the world. But even within a positive movement, there are problems. When Jesse Williams spoke at the BET Awards last week, internet trolls were quick to downplay the message of his speech because Williams is mixed-race. Erasure of identity is common where people do not fit into certain circles exactly the way theyâ€™re supposed to, and so people began to erase Williamâ€™s blackness. But how is this navigated when a well-known human rights activist embraces a term that many people believe does not belong to her?

There are fifty levels of fucked up to linking an anti-colorist politic affirming dark skin to claiming blackness.

As a black-identifying woman, Sikhona Nazo, a student at the university currently known as Rhodes (UCKAR), explains that,Â initially, she didn’t have a problem with Indian people identifying as black, because both Indian and black women are affected by whiteness. However it’s very problematic to refuse to acknowledge that the racism experienced by Indian women is different to the racism experienced by black women. Nazo says that the system is against both groups, but it’s against black women more. As an Indian woman living in India, who is not extremely dark-skinned, Roy has never experienced the same form of systemic and structural racism that black women do, and claiming that she does by embracing that identity is an erasure and dismissal of black womenâ€™s painful lived experiences. Nazo also believes that it is inappropriate for Indian people to identify as black when no introspection or acknowledgement of anti-blackness within their own communities has taken place.

A different way of looking at this is to understand blackness politically. South Africans are familiar with the idea of Steve Bikoâ€™s interpretation of blackness, where blackness is separate to being African. Blackness is a political ideology, being African is an ontological, or racial, identity.Â Dr Vashna Jagarnath, a professor in history at UCKAR, says that blackness is a new way to imagine oneself. Committing to the political understanding of blackness is to commit to the political principle, which means entering a space for the pursuit of radical social justice for all and leaving your privileges at the door while using the benefits of your privilege to help others. According to Jagarnath, who identifies as a black woman, to see blackness as an identity solely for African people is to see it ontologically and to racialise it, which was not the project for Black Consciousness. The idea that blackness is a racialised identity comes from incorrect interpretations and readings of Biko and Black Consciousness writers. The reclamation of blackness as an African identity can be done, but itâ€™s a different iteration of blackness, not aligned with Black Consciousness.

Blackness is a highly visible social-political identity associated with an iconic struggle. That’s literally it. https://t.co/zhWeC3iRiv

To identify as a black woman is to identify with the historical experiences of black women – experiences rooted in particular traumas and oppression that have not been and are not experienced by Roy and Indian women. A recent justification for erasure of specific experiences is the belief that there is no hierarchy of oppression. But there must be an acknowledgment that certain groups, especially black women, experience subjugation unlike that of any other marginalised group.

In the discourse that criticises a celebrated person, the voices of those who are affected by the actions of that person are the ones to be listened to. In this case, it is the very valid criticism of Roy by black women globally. At the end of the interview, Roy says that people must be careful of what they say, and they must speak their minds. But, of course, they must also be listened to.Â  She said this herself, during her lecture after accepting the 2004 Sydney Peace Prize.

â€œThere’s really no such thing as the ‘voiceless’. There are only the deliberately silenced, or the preferably unheard.â€