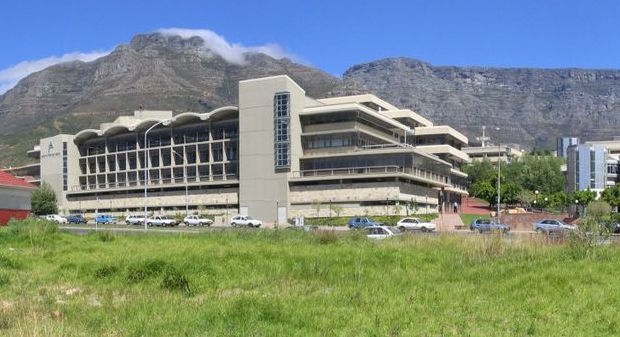 CPUT students have continued to protest the high cost of fees amid a breakdown in communication between the Fees Will Fall (FWF) leadership, management and the Student Representative Council (SRC). On Monday vice-chancellor Prins Nevhutalu suspended academic operations on campus and gave students living in residences until 4pm on Wednesday, 18 November, to vacate the premises.

In his statement, Nevhutalu said that the institution had been â€œheld hostageâ€ by protesting students who were trying to make CPUT â€œungovernableâ€, and that the decision to shut down the campus had been taken to protect students and staff who faced intimidation.

Assessments for non-exit level courses have been suspended until January while those students writing exit-level examinations will be notified about the revised examination timetable by 20 November. Staff at the institution were also advised to stay at home until at least 18 November, given the circumstances.

In a circular to education faculty students, faculty dean Thobeka Mda said that the decision by the institution to take out an interdict against protestors was â€œregrettable but necessaryâ€. The circular, which was sent before Mondayâ€™s special senate executive meeting, said all proposed models and strategies would be considered in making a decision about the 2015 assessments.

On Monday evening students gathered and blocked off the road between CPUT and the University of the Western Cape (UWC) in protest against the request to vacate residences, saying that they would be sleeping and studying outside.

â€œManagement has been criminalising the students,â€ said protest leader Sethu Masinga*. â€œStudents cannot leave immediately. There are many from other provinces and even outside of South Africa who now have to find ways to get home by Wednesday. We were registered until 15 December, when we registered at the beginning of the year.â€

Police arrived at the scene later in the evening and threatened students with forced removal from the area.Â It was later reported that the financial aid offices at the Belville campus had been set alight.

The current conflict with management at CPUT has not come out of nowhere. There have been several strikes over the past few years, in which students rejected decisions by management to hike registration, residence and academic fees, and also to call for the removal of former vice-chancellor Mazwi Tanga from office. Students are now calling for Nevhutalu to step down.

â€œHe needs to step down,â€ said CPUT student Reza De Bruin*. â€œHe is not competent enough to run a university if he can allow students to be forced out into the streets with nowhere to go.â€

Students claim Nevhutalu failed to appropriately deal with the situation and misled students into thinking outstanding fee debts would be cancelled despite amounts still reflecting as unpaid in their accounts. They also challenged the lack of student representation in decisions being made that affected them. The SASCO-led SRC removed itself from the strikes early on.

â€œWe wanted this to be a non-partisan struggle of students, not of any political party,â€ said Masinga. The protest was not to be co-opted by political movements and its interests were primarily rooted in the challenges faced by students, he added.

The issue of fee payments has been a sore point at the institution this year.

â€œMany of my classmates were told their NSFAS [financial aid] applications were successful only to be told that due to lack of funds their fees would not be paid,â€™ said Xhanti Dladla*. â€œThe university was contacting these students demanding payment and threatening financial exclusion, so many of them face uncertainty next year regarding their studies.â€

The situation in Belville has worsened as students frantically try to find ways to get home or make arrangements for alternative accommodation on short notice.Â Itâ€™s understood that if the students continue to stay in residence after 4pmÂ on Wednesday, they will be considered to be trespassing.

Despite this, the students plan to continue their protest action in Belville.

â€œPublic support is crucial in this regard; the institution has already cut off WiFi access and food to students. We also urgently need legal support in securing an interdict [preventing an eviction] and ensuring the safety of protesting students,â€ said Masinga.

Attempts to contact CPUTâ€™s office of communications, dean of students and vice-chancellor were unsuccessful.

* Names have been changed
– Featured image by By MikeWJones, via Wikimedia Commons