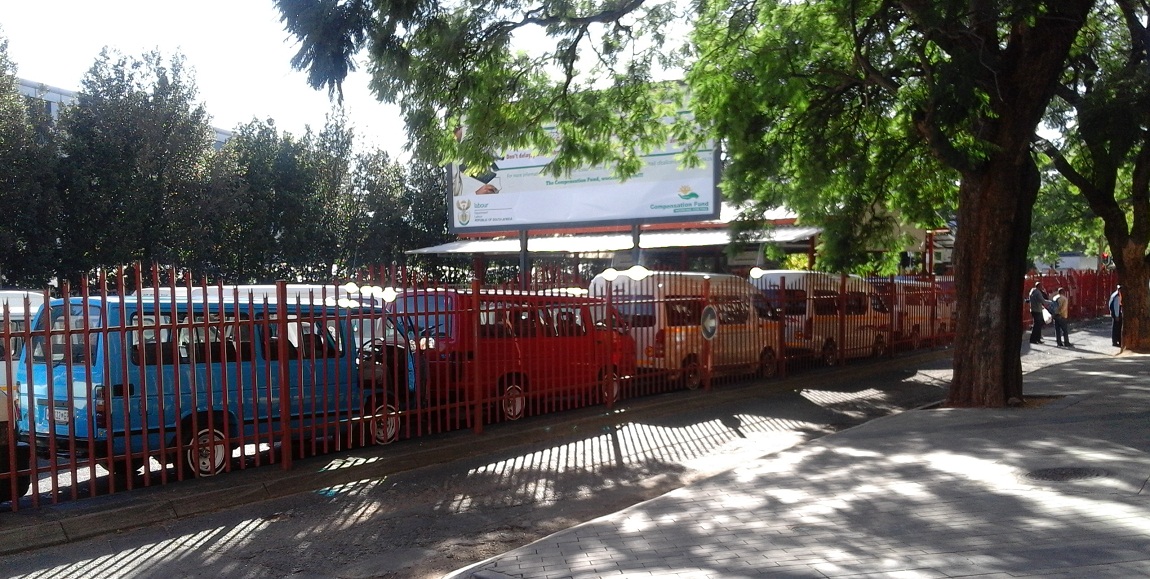 The harassment and violence against women in taxis have recently been in the spotlight in South Africa. This has led to more women speaking out about their bad experiences with taxis and those in the taxi industry being regarded with suspicion by their passengers. Mandla Nyaqela asked taxi drivers and owners in Soweto what they think is behind these crimes, and who should take responsibility for the safety of passengers. Simanga Sithole, 27, Bramfischer
Ever since the unfortunate rape and robbery incident and the victimisation of women by the criminals who pretended to be a legit taxi drivers, our relationship with the commuters has changed drastically. Women commuters do not trust us anymore, especially late in the evening and in the early hours of the morning. Women commuters do not get on taxis that have a lot men on – they would check the taxi before getting on it and if they see a large number of men that is more than that of women, they do not get on that taxi. They would sometimes want to get off the taxi before reaching their own destination soon as they realise that everyone who was on the taxi has gotten off and they notice that they would be riding alone in the taxi that has only the driver remaining.

Other women commuters have organised themselves as groups and resorted to different modes of transportation such as the trains, buses and special hired transportation.

What happened to those ladies only got attention because of the media pressure, otherwise it would have just been one of those violent cases in the industry that are never accounted for. Paulos Mkhabesi, 59, Orlando East, taxi driver/owner
Behavioural actions are many times influenced by how one was raised. It is very tricky for owners to know what type of a person they are employing as a driver since there are no specific criteria and requirements for hiring taxi drivers except for just a driverâ€™s licence and a PDP [professional driving permit]. Thatâ€™s one of the reasons why I prefer to drive my own taxi.

Owners normally just sit at home and wait for the checking money in the evening of every working day; they donâ€™t always care about what is happening on the ground. These drivers who feel pressured end up doing barbaric criminal acts to the commuters. They pay the owners from the same money they got from robbing other people.

Commuters need to learn to always be on time and be patient in the queues at the taxi ranks especially in the early hours of the morning and the late hours of the evening. This will prevent them from running to the streets and getting on taxis that are driven by strangers when they are in a hurry or running late. This will help them keep safe all the time, because at the taxi rank we all know each other and if there has been any wrongdoing it would be easy to trace the taxi and its driver.

Whose responsibility is it to keep women safe on taxis?

Thulane Tshabalala, 44, Pimville
One of the contributing factors to commuters putting themselves at risk of becoming victims of these crimes is that commuters choose taxis. They would rather stop a Quantum instead of an old version of Toyota taxis. We respect the passengerâ€™s personal choice on which taxi they choose to get on. I just think that the choosing of nice-looking Quantum as opposed to getting on an old-looking taxi from the taxi rank is making them more vulnerable and exposed to the dangers perpetrated by these thugs.

Owners of these Quantum taxis pay monthly installments of loans at the banks, therefore they put a lot of pressure on these Quantum taxi drivers not to queue-up at the taxi rank because by the time it is evening the driver should have already gathered the expected daily checking amount.

Mhlekiseni Shezi, 41, Meadowlands
Men walk around topless and in shorts, who is complaining about that? Women should be free to dress up as they please. Personally, I do not have a problem with any women wearing short skirts, actually I love it. It takes a highly confident woman to dress like that. Taxi drivers need to learn to respect taxi commuters, especially women and elderly people. As drivers we need to be trained on customer care, it is very important.

Every passenger who gets on my taxi enjoys it. I talk and keep constructive conversations with my passengers. I share jokes a lot with them and make them laugh; I sometimes see some of them fight to fill up my taxi. I always wish them well when theyâ€™re going to work and I also wish them well when I drop them off from work. I also ask for permission to get my radio volume up and so on. I have a very good relationship with my passengers, I treat them as my valuable clients.

Zaire Mavuso, 40, Dobsonville
Crimes such as rape and robbery in the taxi industry will continue to happen as long the government leaves the taxi industry to continue independently and without proper regulation. The taxi industry operates like a private sector that is not accountable to anyone. That is the reason why many women fall victim of such crimes in this country.

Is better regulation the way to make taxis safer for women?

The government needs to intervene in the taxi industry. If they are able to install cameras that give a live recording of everything that is happening inside Rea Vaya buses every day from morning until the evening, why do they not instruct taxi owners to install the same cameras that will give the same recordings to the metro police officers of each and every city in the country? Taxi owners make a lot of money and many of them donâ€™t even pay tax. The taxi owners should be able to afford to install the cameras inside each and every taxi. I think that can assist a lot in combating the crimes and the ill-treatment by taxi drivers against passengers. As told to Mandla Nyaqela, voxes have been edited for brevity and clarity.