Home Violence â€œAssault is commonplace in our communities because people don’t do anything about...
WhatsApp
Facebook
Twitter
Email
Print 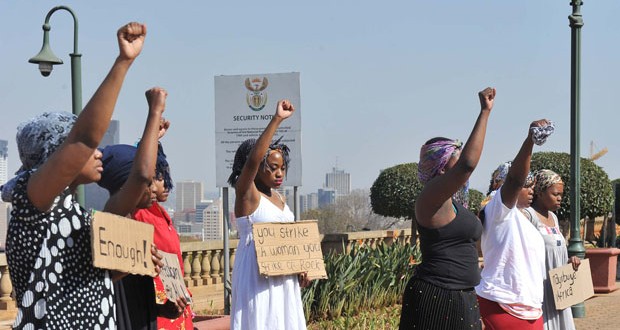 Statistics released by the South African Police Services in October show that common assault had decreased between 2016 and 2017, however some women still find themselves falling victims of assault at the hands of men. Siphiwe Mnguni*, 24, from Inanda, north of Durban spoke to the Daily Vox about her experience of physical abuse and an incident she witnessed where a woman who was assaulted over the weekend.

Assault is commonplace in our communities because people don’t do anything about it. At the weekend a woman was beaten up, kicked and dragged on the ground by a man but nobody did anything. It was in the afternoon at a neighbourhood where we attended a traditional ceremony, there were drinks involved.

At some point there was an altercation between two women and the guy was one of the women’s boyfriend. While the women were arguing, the guy jumped out of the car and started beating the other woman. She wasn’t fighting back obviously because he is a man; he is muscular and more powerful than her. What saddened me the most is that there were about twelve guys who were standing by all along. Everyone just stood by as if nothing was happening. My friend tried to intervene but the man started kicking her and pulling her by hair on the ground, too.

I went to the guy and literally had to apologise for whatever they had done to wrong him, even though he was not wronged. I just wanted him to stop. One of the men who were standing by watching asked me why I intervened. He started calling me names because I made the guy stop assaulting women. He even went as far as slapping me but the same group of men who were standing there just stood there and watched, yet again. Three women had been physically abused by two men in front of a group of men but none intervened. This is the same mentality that drives abusers to continue abusing women; bystanders who just watch and claim they can’t get involved in other people’s affairs. Abuse is abuse, even if it’s between a couple it never makes it right and one always has to intervene. The moment we decide not to get involved is when we become part of the problem. Police were called but they never showed up.

I felt helpless and angry. I wasn’t scared; I was just angry at the mere fact that abuse has become so normal in our society that human beings would just stand by and watch a human being brutally assaulted by another. But it also showed me that our justice system has failed us because if men knew that assaulting a woman is an offence that no one can get away with, they would think twice before doing it.

Most people don’t bother reporting such crimes because they are often overlooked. I’m not saying the government should do everything for us but we have justice system for such, because now if the same justice system doesn’t protect us who will? People need to be punished for their crimes.

This whole incident reminded me of my own assault. Back in September, I was assaulted by two taxi drivers at Musgrave Centre. I had just parted with a friend whom I had gone out for lunch with. On my way home, I took a taxi and the driver banged the door. When I questioned him about it, he started calling me names and said that it was his taxi and could do anything. After we had an exchange of words, he came around to my seat, opened the door and dragged me out. He started beating me up and his friend joined in. I went away, they threw my phone at me. It was a heartbreaking incident because even by then people just watched, nobody came to my rescue. I did not report it, – there really never is a point in that because even when you call police chances are they never come.

Men are just mentally unstable people who deserve to be locked away from everyone but I know how impractical that is.

*Name has been changed. Edited for brevity and clarity