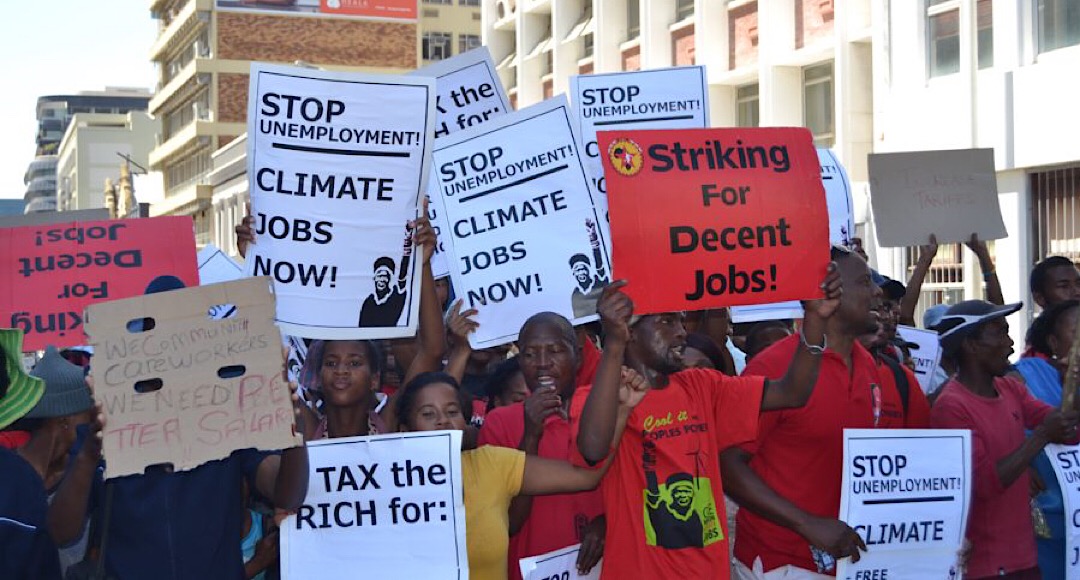 The 2019 National Elections are going to be very interesting. The current political scene in South Africa has given rise to many alternative political voices in the run-up to the elections. One such is the Assembly of Unemployed (AoU) – which was formed in 2017. The assembly has drawn up demands they want the government to address.

Launch of the Assembly

Motsi Khokhoma a member of the national committee told The Daily Vox that the assembly was launched in 2017 at Constitutional Hill. During the 2017 launch regional unemployed people organisations from South Africa, Mozambique, Namibia, and Lesotho came together to form a bigger group, with more concerns.

According to the latest statistics from Stats SA, the unemployment rate in South Africa sits at around 25%. During the fourth quarter report, there was a slight increase in employment and the percentage decrease in unemployment.

From 12-14 March 21019 the AoU held a three-day workshop where they decided that the government must work to solve the issue of unemployment in South Africa. In a statement released by the assembly the assembly reminds the government of a legal commitment to the right to work. The AoU supports the Right to Work which has a living wage and income for all as its pillars. “We demand that the state implement a basic income grant – if it cannot meet its obligations to provide decent work for all,” their statement says further.

This campaign is for a basic income grant campaign which calls on the government to assist the unemployed to get jobs or to create their own work. Khokhoma said the campaign was launched as the assembly thinks the country does have the resources to support the unemployed. They believe that there is a lot of money available at the Public Investment Corporation (PIC) which could be channelled towards unemployment. They want the government to work to recover money lost through illicit financial flows and use that money to fight unemployment.

“We believe that the government can do something to balance the inequality in the country,” said Khokhoma.

Importance of the assembly

The government – for Khokhoma – poses a huge problem as he thinks they do not have the political will to change the social ills of the country. That is why they are organising to bring about action on their own.

The assembly gives unemployed people a voice and a platform to share their experiences.

“We are organising ourselves towards fighting because remember unemployment isn’t created. It is a man-made thing created by capitalism,” said Khokhoma.

Khokhoma says the assembly is important because up until 2017 unemployed people hadn’t organised in South Africa. “You have workers who have organised under trade unions. Business people organise into different chambers but the unemployed people they put us as a reserve because capitalism needs reserves,” said Khokhoma. It is for that reason they are organising to fight the system he says.

Unemployed people and the elections

They are also actively working to educate people about what is happening in terms of unemployment statistics in South Africa. Khokhoma said this important because: “We are currently organising core groups around the country so that they can understand the situation because you can’t just take people to the streets without having knowing the situation.”

The declaration of the assembly states that it is on behalf of all the unemployed people in the Southern Africa Development Communities (SADC) countries where they have recognised that the unemployment crisis is a crisis of capitalism. Additionally the declaration goes on to say that capitalism is the reason for the many social ills in society including xenophobia, crime, and violence.

Through the declaration the assembly has committed to coming together to build a strong campaigning committee to fight against unemployment. The slogan of the movement is “Fight back with maximum support.”