Home Features What does assertiveness have to do with rape? Ask the Minister of...
WhatsApp
Facebook
Twitter
Email
Print 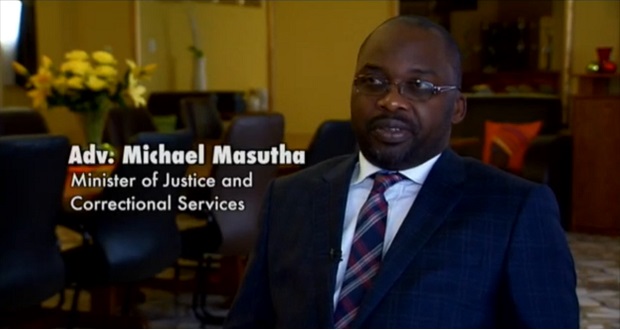 During an interview on eNCAâ€™s Checkpoint, Minister of Justice and Correctional Services, advocate Michael Masutha implied that girls who are assertive were less likely to get raped. Although he changed the statement post interview, his comments perpetuateÂ rape culture, writes MBALI PHALA.

Itâ€™s no secret that the criminal justice system often fails rape survivors. However, it is very worrying when people in positions as high as the justice ministry seem to think rape survivors are to blame for being raped. This exposes just how deeply rooted rape culture, which is perpetuated through the use of misogynistic language, the objectification of womenâ€™s bodies, and the glamorisation of sexual violence, is in our society.

Minister Â Michael Masutha walked out mid-interview with Checkpointâ€™s Nkepile Mabuse on rape. This happened after Mabuse asked Masutha how being an assertive woman links to rape, following his comment about rape and assertiveness. The minister later said he meant that assertive women were more likely to report rape cases.

“I find the Minister’s statement shocking and disheartening. It shows us that we still have a long way to go to combat the scourge of violence against women in South Africa.

His statement is very problematic in that it capacitates the public with the wrong information. His comments perpetuate the rape culture so prevalent in our country by placing the onus on women to avoid being raped. It is a misguided sense of the reality of rape, which largely stems from patriarchal norms and attitudes pervasive in our country. It is important to address the root causes of rape, as well as improve the responses and services provided for victims of rape. He was therefore correct in initially stating the importance of working with our boys in shaping their gender attitudes. However, his argument fell apart thereafter.

This kind of statement entrenches the rape culture in our society and becomes an obstacle for us to move towards challenging the gender norms and attitudes desperately needed in the public sphere.

Furthermore, this post-interview statement that he meant assertive women are more likely to report rape is also incorrect. There are a whole host of reasons why victims do not report rape, of which secondary victimisation by police and medical staff ranks high up on the list. This has nothing to do with the assertiveness of the woman, but rather the lack of guidelines and training personnel receive.

With these preconceived attitudes about rape held by government officials in our justice department, it is unfortunately not surprising that we have such a low conviction rate of rapists and that our justice system is failing victims of rape.”

Next time, perhaps the minister needs to think more carefully before he makes problematic statements that perpetuate rape culture. Â It is, after all, his department that’s tasked with the job of the prevention and prosecution of sexual offences.