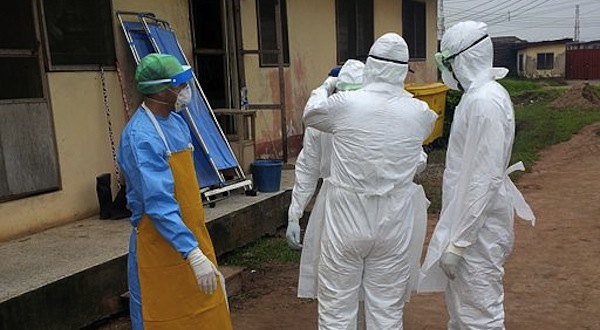 Australian authorities have hit back at media reports that alleged they would be banning Africans from Ebola-hit west Africa from traveling to the country.

Speaking at a news conference on Thursday, Australia’s immigration minister, Scott Morrison, said the media had “drawn conclusions about our xenophobic policies”.

“We might have closed off Australia but nothing is stopping them from trying to get to Christmas Island,” the Minister said.

Christmas Island, which sits in the Indian Ocean, is an Australian territory well known for detaining asylum seekers from Sri Lanka and Indonesia trying to get into Australia.

Detainees say they are treated with dignity at the detention centre, a charge human rights activists deny.

Morrison’s comments came after human rights groups expressed outrage on Monday over Australia’s decision to ban West Africans from Ebola-hit countries traveling to the country in an apparent bid to halt the spread of the virus in Australasia.

Ebola has killed almost 5,000 people in Liberia, Guinea and Sierra Leone over the past six months, though some suggest the numbers could be higher.

Australian authorities admit the country has been hit hard by Ebola.

“While the rest of the world is sleeping, we are awake [to the crisis]”Â  Morrison said.

The country has recorded no cases of Ebola.

Reacting to clarification that Christmas Island would be made available to West Africans, Liberia’s President Ellen-John Sirleaf said that her country appreciated Australia’s gesture.

“We are not going to complain; our people are dying to get out of here,” the president said.

Amnesty International said Australia’s decision to open Christmas Island illustrated that it was “the festive season after all”.