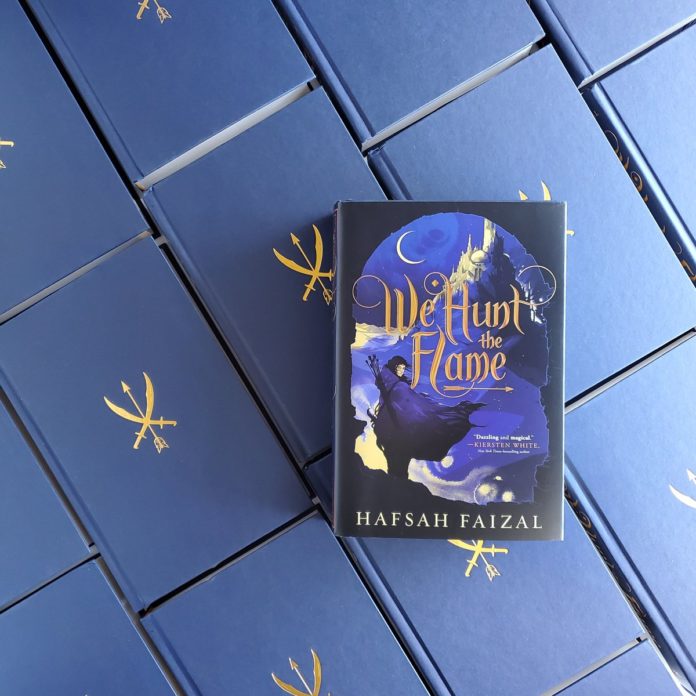 New author Hafsah Faizal joins an illustrious list of authors writing representative fantasy books. Think Sabaa Tahir. Tomi Adeyemi. Renee Ahdieh. Her debut novel We Hunt The Flame released May 14 (for South African readers it will only be in stories in September sadly). There is mystery, evil villains, smouldering romance, magical creatures, and best of all kickass women of colour. The Daily Vox spoke with her about her book, and more.

Fazial said she’s thrilled the book is out and has made its way into so many hands. “I remember sitting down and thinking: “wow, it’s been a week since the book came out!” and I expect it to feel that way forever,” she said.

The magic of the book

We Hunt The Flame introduces us to Zafira Iskander and Nasir. “Zafira kills so people can live while for Nasir people died because he lived.” The book reads like a fantastical Ocean’s Eleven or any other heist movie you can think of. Zafira, Nasir and other interesting characters including Nasir’s frenemy Altair find themselves on an ancient island trying to recover a book which will return magic to the world. Yes, it’s a lot.

Also slight spoiler the author loved writing Nasir’s point of view the most because “his arc is the most satisfying,” she says.

The book is gripping. The setting is amazing and the characters instantly likeable. The book is a duology meaning there is one more book to go. That might be why Faizal drags certain character interactions outs and the middle of the book drags a little. However, the beginning of the book and end deliver with heartstopping action. Ending on a cliffhanger (no spoilers) the reader will definitely be eagerly anticipating the next book.

Faizal said she always wanted We Hunt The Flame to be a multiple book series. However, the initial outlining process of the worlds took a lot of effort to plan through.

She said: “I can’t outline for the life of me, so I tend to work toward scenes that I’ve been dreaming of writing, which, I suppose, is a form of outlining in itself, but it makes the process a lot more fun!”

In the book there are many magical creatures which might be familiar to fantasy readers. There is a lot more that is unique and strange. Faizal says for her the most fun is creating a magic and fantastical reality rooted in logic.

“It’s crucial to create a magic system or a fantastical, far-fetched reality that makes sense. I love having to dig deep to create a foundation that’s essentially a lie, but is believable enough to the reader and the world,” she said.

Arawiya might not resemble any real place (obviously). It’s inspired by Ancient Arabia, the mythology and culture of the Middle East. The characters eat dates from the Middle East and brushing their teeth with a siwak.

Being a Muslim author

Faizal is a Muslim author. Her book isn’t tied to her religious identity she’s said in many interviews. The characters might have Muslim-sounding names and live in a place that vaguely resembled Arabia. They are not Muslim however.

Faizal adds that the Middle East is often equated with Islam. However, they do not equate each other. While 93% of the population is Muslim, there are many different religious groups in the Middle East.

“I was aware that the Middle East is so often equated with Islam and vice versa that I realized I had the chance to combat that view, and I seized it,” she said.

Representation seems to be the hottest issue in popular culture. From phenomenons like Black Panther, Crazy Rich Asians, and Bohemian Rhapsody and more there have been releases. Young adult books have led this wave of representative pop culture.

Faizal says representation is important: “Representation in literature tells readers that they are seen and they are valid—it’s painful to read book after book, knowing you’ll never be able to find yourself within its pages.”

With her book she says she wanted to give readers of Middle Eastern descent a place that feels like home. At the same time, she wanted to introduce non-Arab readers to a place that isn’t distorted as the media may lead them to believe.

While Faizal is all here for representation, she hopes it’s not just a trend or latest fad.

“The recent surge in diverse literature has been refreshing, but there’s a fear amongst authors and readers that it’s a trend. Being marginalised is a constant, it’s who we are, not the latest fad to surge and be forgotten. My hope is that the industry takes note and continues to amplify marginalised voices now and forever,” she said.

We Hunt The Flame published by Pan Macmillan will only be South African bookstores in September. The book can be ordered online if the wait is too long 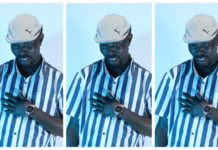