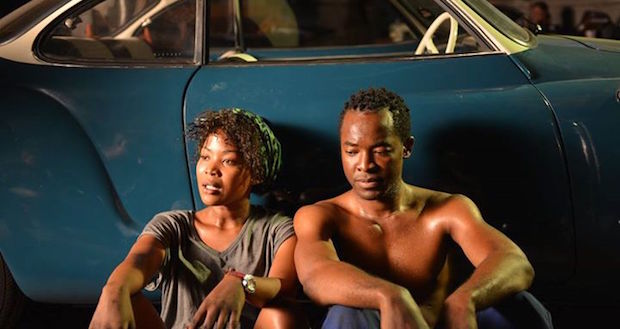 Sara Blecher watched Juno with her teenage daughter and decided it was time to make local a coming-of-age film with a strong female lead. The result is Ayanda, a film about making your way in the world and letting go of the past. She spoke to Zilungile Mnisi about how the film was made.

One of the things that have been missing in South African film has been strong, independent role models â€“ women who think for themselves and who are flawed, because at the end of the day nobody is perfect.

I created this film because I feel we lack that. Yes, strong women are portrayed in the media but they only show us parts of them. For example, Thishiwe Ziqhubu on Hard to Get, she just rocks up as a â€œstrongâ€ woman with a gun whoâ€™s hardcore and when Pallance asks her what her story is, she doesnâ€™t give a clear answer. You donâ€™t really see her grow as a strong woman, as a woman with problems, who has flaws and has to work through her success. I think thatâ€™s how every womanâ€™s life journey is structured, and I show it in the film.

Ayanda has her issues, but you get to watch her deal with those issues. She also makes bad decisions. You see her feel the pain of betraying a loved one, you see her suffer for a bad decision sheâ€™s taken and how she has to find a way to make things right.

Making things right means dealing with her main problem â€“ she canâ€™t let things go as she is still holding on to memories of her father. People like Ayanda can never really have a sustainable relationship because theyâ€™re stuck in the past. The movie is a process of her learning to let go.

Her relationship with her mother is central to the movie. Ayandaâ€™s mother is stuck in a moment. The day her husband died, she stopped living. This leaves Ayanda to take on the responsibility of a mother in the house. She practically raised her little brother and her young cousin finds it easier to talk to her instead of her aunt. You do find people who stop living when they lose a partner and that somehow affects their children. While she should be enjoying being a typical 21-year-old, sheâ€™s taking up all these responsibilities that are caused by her motherâ€™s failure to let go of her husband and free herself from the guilt of loving another man.

With Ayanda I wanted to move away from menâ€™s fantasies of being perfect. Everyone tries to be this fantasy that is portrayed in the media. I wanted to explore who women really are. Ayanda tries to move people from what they think is an ideal woman. Iâ€™m trying to say: â€œActually, hereâ€™s a woman, who has flaws and everything but she lives for herself.â€

Ayanda chooses some of her own culture, wears clothes that express her, she listens to Miriam Makeba â€“ sheâ€™s original. She does things the way she likes them. I donâ€™t think Iâ€™ve ever met someone like Ayanda before, especially at her age where her peers are still trying to discover themselves.

All this characterisation of Ayanda wouldnâ€™t be possible if I didnâ€™t get Fulu Mugovhani as the lead actress. I only have praise and admiration for her. Itâ€™s very rare to find any young actress with the ability to act and leave space for the audience to feel whatever sheâ€™s feeling. When you watch her, as sheâ€™s feeling sad, you feel it. Thereâ€™s a scene towards the end with her mother, where she makes you want to actually go and hug her, because even as an audience, you feel her pain. She is a beautiful actress and Iâ€™m proud to have been at the beginning of launching her first movie.

* Ayanda opens at cinemas in October.