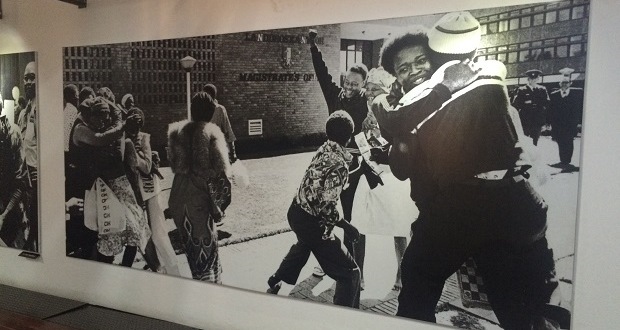 Today, we celebrate the zest of the youth of 1976 as though they were celebrated then at every turn; as if their impatience was met with universal aplomb. We imagine they said all the right things, walked a pious path, burnt nothing but their demons.

We have chosen to remember 1976 as “a moment”, rather than a complex series of events that encountered resistance, mockery and ultimately, appropriation. And there is an unmistakable violence in hailing 16 June 1976 as that tremendous moment of courage and change.

The scale of the Soweto protests, the hurt and anxiety that parents felt for their teenage children protesting against Afrikaans being enforced as a medium of instructions at their schools, is not often told. The protests were not universally accepted. There were objections to the protest, often from parents themselves. And the answers at the time were certainly not as obvious as they may appear today.

The youth of 1976 were in themselves a story of anger, incessant restlessness and broken dreams. The young were fighting to dislodge merely one peg among the many others holding up the sheet of apartheid in the winds of discontent. They knew the oppression had to end, and they acted to end it. They just didn’t know when it would end.

But memories fade. And, memory itself is an intricate weaving of personal and public images. It is varied. And it is textured.

The reality, of course, is an anomalous mix of resistance, mobilisation and chaos.

It is difficult to compare and contrast apartheid to present-day South Africa where the youth of today are finding their voice, viciously turning tables over and mocking the status quo. Unlike their elder siblings, or young parents, their patience has run [dropcap][/dropcap]out. They demand change. And it might seem incongruous to some, but the stats don’t lie.

Free young men and women they might be at the surface, the legacies of the past press their ankles into shackles.

Youth, after all, isÂ a season that must come to pass.

It is in the carelessness and curiosity of youth that we stand our best chance to change the world, before they, too, must pay rent. If we are going to celebrate youth, we will have to accept its arrogance, and allow the idealism to curate solutions; step out and interment the status quo. For as long as we treat the young as too â€œidealisticâ€ to enter politics, as too much of an activist to enter the media and challenge storytelling, and too brash for civil society, we will remain broken societies.

The ceremony around the annual remembrance of June 16 1976 does not right the wrong of our past, but it also does not absolve us from the responsibility to tell the story properly. Without identifying the lessons we have learned, remembrance is as good as a free t-shirt at aÂ sponsored rally.