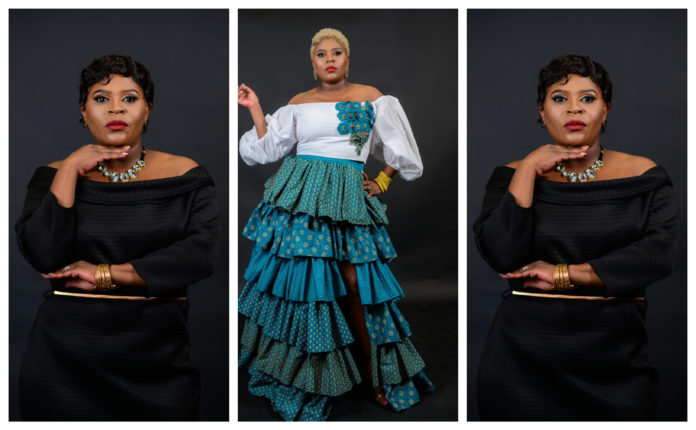 Baby Cele-Maloka’s character, Gabisile, concluded her final storyline on SABC 1’s Uzalo. In an interview with The Daily Vox the actress discussed her character’s confession, death and her time at the show.

We were all expecting the confession service, but there was a plot twist. Gabisile was killed by Qhabanga before the service. Is this really the end for Gabisile or can we expect her back on our screens?

I don’t know, that’s hard for me to say. Some time last week, I had an interview as well, and the interviewer said something about the police only finding her clothes.

If it is the end, what will you miss the most about acting on Uzalo?

I made that woman my own, I did so much justice to her character, and I did some research in it. Some would say she was evil but I guess when you’re desperate you can do major things. With Gabisile you were never too sure, she’s one person who loved her community and she’d do anything for poor people, but at the same time she had a dark place. I’d miss that. It was a beautiful challenge.

What were some of your best moments on set and with the character?

I don’t have the best best moments. I was lucky enough to work with such a talented cast. If you notice, my character didn’t mix much with other characters, The only people I was sharing space with were Qhabanga and Sbonelo. I really enjoyed working with them. The magic we shared (especially with Qhabanga) was so believable because we believed in it. That is why I always say to people acting is believing, never think any minute that you’re acting because the moment you start thinking you are acting, then it just comes out as acting.

Was Gabisile the only role you auditioned for?

I never auditioned for Gabisile, I just got a call. They wanted me the first time when they started Uzalo but I couldn’t because I was busy with Rings of Lies. 3 years down the line, I got a call again, and luckily for me my contract was coming to an end.

Do people ever confuse you for Gabisile?

What’s next for you?

At the moment I’m working on something that’s going to be on eTV, it’s a surprise.

Lastly, how do you think Uzalo has helped people through difficult times like what’s happening in South Africa and the world?

At Uzalo, we don’t sugar coat characters. It’s so raw. It’s relatable. When people watch Uzalo, they  see so and so, there’s someone like Sbu, there’s someone like Gabisile in their surroundings, with kids who wouldn’t work. You’ll find that they’re aunties like that.  People can really identify with themselves.