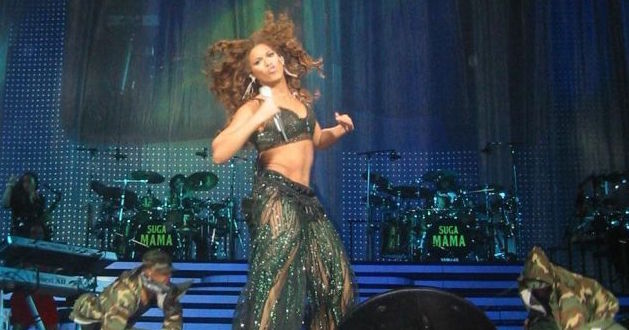 Fikila Mbalula just loves commenting on Bafana Bafanaâ€™s performances with reference to BeyoncÃ©. AAISHA DADI PATEL decided to get in on the action.

Minister of Sport and Recreation Fikile Mbalulaâ€™s obsession with singer BeyoncÃ© is well documented. Local musician and writer Ntsiki Mazwai, even penned the minister an open letter calling him a groupieÂ in late December.

But that hasnâ€™t stopped his adoration of the singer.

Defending Bafana Bafanaâ€™s loss against Algeria on Monday, Mbaks used a BeyoncÃ© reference (at 1:19), saying Bafana Bafana were just struck by the heat of the moment and were subsequently â€œDrunk In Loveâ€.

In anticipation of Bafanaâ€™s match against Senegal this evening, we at The Daily Vox are inspired by Mbalula, and now have a few of our own BeyoncÃ© references to throw in to show our support for the boys.

Ready to kick the ball, and to kick some ass.

Bey is clearly on our side. Sheâ€™s even kitted out in our national colours.

So does Senegal even stand a chance?

Youâ€™ve got this, Bafana Bafana. Good luck and #GoBafana!

– All gifs via reactiongifs.com, featured image via Wikimedia Commons