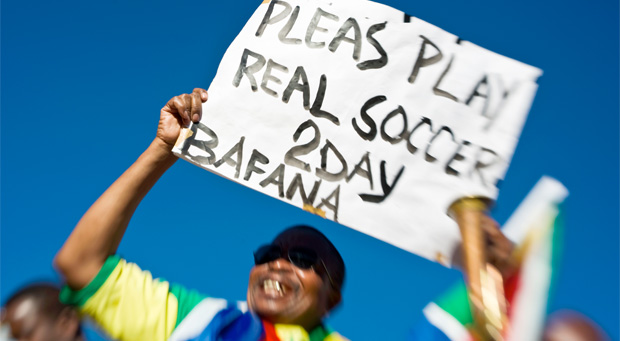 Legend says that in the South Africa of old, before being enthroned as King of the Zulu and Xhosa people, one had to kill a lion to show oneâ€™s bravery. It is a story much discussed today in Dakar, Senegal. Will this legend inspire Bafana Bafana against the Lions of Teranga? ADAMA NDIONE files this special report from Dakar.

Senegalâ€™s captain Bouna Coundoul and his team may not have lost a single fixture against South Africa in their last five meetings, but all of that will count for little when the game kicks off tonight at Mongomo Stadium in Equatorial Guinea.

The Lions of Teranga squeezed passed Ghana in the opening game of the African Cup of Nations, and the team will be desperate to show that their victory was no accident.

Coach Alain Giresse played three central defenders (Lamine SanÃ©, Kara Mbodj and Papi Djilobodji) in the first half against the Black Stars, and his team was completely outplayed for 45 minutes. But with some replacements and tactical shifts, Senegal managed to squeeze in more shots on target and win more individual duels for the ball.

Should Giresse rearrange his defense and start with a four at the back? Some commentators certainly seem to think so.

Amsatou Fall, the former Senegalese coach and part of the support staff, said he watched Bafana Bafanaâ€™s first game against Algeria closely and recommended Giresse play with a four-defender-system.

â€œItâ€™s necessary to play with four defenders to overcome Bafana Bafana,â€ he was quoted as saying in Senegalese Sports newspaper Stades. If this happens, Lamine SanÃ©, Kara Mbodj and Papi Djilobodji have to be sacrificed, which would be a tough call to make.

I must say â€“ Bafana Bafana are an incredibly imaginative outfit; probably one of the best teams of the tournament as far as imagination goes.

Their manner of using the wing â€“ on either end – is extraordinary. With the same speed they exhibited against Algeria, they may prove harmful to the Lions. The Lions are physical, but can they chase?

South African coach Shakes Mashaba says he still wants to reach the final on 8 February and, for that to happen, his teamÂ must beat Senegal this evening.

â€œThe players need to put their names in the register of history of South African football. And this match against Senegal will be a good way to do so, so the only goal is a win,â€Â  he said on the Senegalese website Wiwsport.

As it stands, the most feared among Senegalese supporters is Tokero Rantie â€“ Bafana Bafanaâ€™s star striker.

He created a lot of problems to Algerians despite missing the penalty that could have changed the nature of the game. Thuso Phala and Dean Furman also will be watched closely â€“ as they are very influential midfielders.

You know which side I am on. But here is the prediction from a well-known psychic who goes by the name of SelbeÂ Ndom. Ndom has made her name over the years for correctly predicting the results of wrestling matches in Senegal.

Two days ago she said Alain Giresse and his team would win their first three games.

Itâ€™s a reason for people to be very optimistic here. But is this just an illusion or a reason to hope? Only time will tell!

Adama Ndione is a broadcast journalist based in Dakar, Senegal.