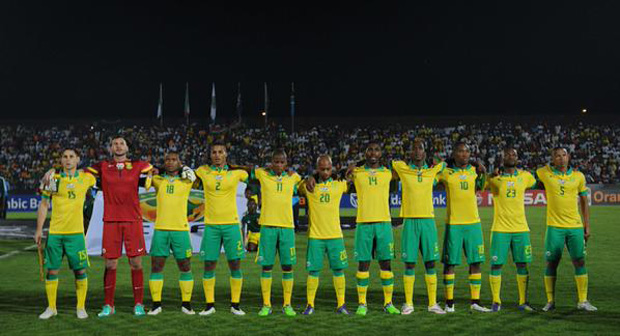 Bafana Bafana’sÂ recent loss against Mauritania had South Africans wondering where Mauritania is, where the coach and team went wrong, and what needs to be fixed. MICHAELSON GUMEDE asked fans what they made of the team’s most recent thrashing. Katlego Mashiyane, 24, student, Mabopane
The problem with Shakes Mashabaâ€™s team is that it lacks experience. He should change the selection criteria. We need to have a more experienced team. When Gordon Igesund was the coach, we did not lose to such small teams. The coach may argue and say he picks players based on current form, but when you take a look at his squad, you realise that some of the players are not performing well at the club level. When you look at the backline, we have an 18-year-old in there, Rivaldo Coetzee. Where are the likes of Tefu Mashamaite, who was the best player last season? The left-back, Siyabonga Zulu, is a good example â€“ he committed a professional foul. If we had an experienced defender in that position, the chances of being sent off would have been slim. In order for Bafana to go forward, experience is key. Cozene van Dongen, 46, businessman, Pretoria
The coach, as the responsible person, must be able to motivate the team. He must be able to discipline, and put the best team together. If he cannot do that, then he must go. This time the boys lost because of the lack of motivation and mental stability â€“ who is responsible for that? Bafana need to go back to foreign coaches. The biggest problem is motivation â€“ if the coach cannot be a motivator, then Safa must hire a good team of psychologists. The players play for big clubs in big competitions locally and abroad, so they can play here. Losing to a team ranked 42 places below us shows that there is no motivation in the team whatsoever. It is an embarrassment. Mundalamo Tsedzuluzo, 25, graduate, Sunnyside
We donâ€™t have leadership; we have a problem with captaincy. We have a new one every game â€“ it does not show any stability in the team. Shakes needs to appoint a captain and stick to him. A captain is there to lift the team up, and we have not had such a player in recent times. Especially in the 3-1 [loss to Mauritania], we needed someone to pick the team up. We need to see more Orlando Pirates players in the team because they are on form â€“ they have been playing continental football for years now. They know what it means to fight for the nation. We also need to stop undermining the opposition, or else we will continue to produce mediocre performances. Motheo Modiba, 22, student, Arcadia
As much as I felt it was a good game, I really didnâ€™t expect anything more. They always get us excited for nothing â€“ it is always the same scenario. It is embarrassing, Mashaba and the technical team [underestimated]Â Mauritania. The team needs restructuring. We need to see the introduction of in-form players, such as George Lebese. This is not the best or worst team weâ€™ve had, we just need to change personnel. Another thing is that we do not have a captain â€“ we cannot keep passing the armband around and Shakes is indecisive. The team always have to get used to one [captainâ€™s] leadership methods, only to have a new captain the following game. Nozizwe Sithole, 23, PR student, Soshanguve
Mashaba should just resign. He wins when it doesnâ€™t not matter the most, and when it does, he puts the nation to shame. He has never had a constant team, the only thing he is constant on is bringing in players that cannot perform. The coach should stop fielding overseas-based players just because of their status. We need quality and form. A national team is not for giving [chances to ]players that warm the bench at club level. It is where the final product is found, not the rough diamond. I am very critical of Shakesâ€™ selection inconsistency. With this direction that our coach is taking, we will not see the glory days of the team.

– Voxes have been edited for brevity and clarity.
– Featured image via Twitter.