Home The Agenda “Itâ€™s a shame that an African is asked for a permit to...
WhatsApp
Facebook
Twitter
Email
Print 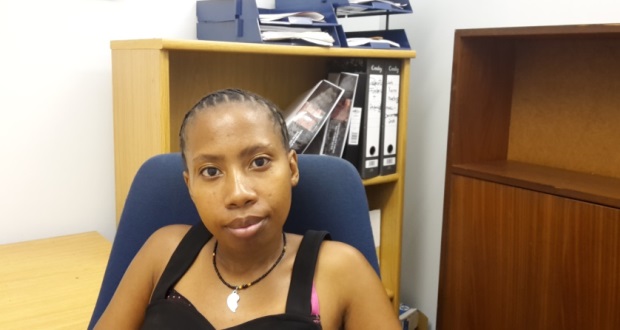 During the outbreak of xenophobic violence across KwaZulu Natal, some of the activists who tried to stop the attacks were threatened with violence or attacked online. China Ngubane spoke to BANDILE MDLALOSE about her experiences and why she is part of a movement to remove borders across Africa.

During and after the 2015 xenophobic wave, I had been attacked morally, through social media, and I was threatened to be beaten up whilst being accused of dating them (kwerekweres). It was scary, and with the verbal attacks, there was a time when I had to flee home for security. I could not just leave home so easily; I braved the situation until things calmed.

As activists, we do everything that we can to stop the demonic attacks. I was attacked because I was writing articles and also actively speaking out against xenophobia in communities. In that period, I began to question why it is that there are people called kwerekweres and those that are called locals? I realised that the issue of â€œbordersâ€ is the one that divides us. We started agitating on Rhodes Walls Must Fall campaign in both the offending and the victim communities. We were preaching about ubuntu, unity among Africans and to treat each other as brothers and sisters.

There can never be an African kwerekwere [on] African soil.

There was a huge vacuum after the so-called foreign-owned businesses were chased out. There was also a negative impact on local food prices. Local businesses all of a sudden upped their prices – the bread we used to buy at R10,50 went up to R12 and many families could not afford [it].

The African brothers running shops can give stuff on credit and we pay when we can, which local businesses cannot do. We are then quick to criticise our very own, whereas the white or big businesses are doing it and nobody talks about it. The issue of credit is not something new and itâ€™s not foreign business-specific. You go to Woolworths and get food on credit; the same with furniture shops, banks and so on; and no one is stopping them. Then why are we attacking African businesses when others are doing it?

The issue of drugs is another controversial one. Drugs do not fall from heaven and we believe security is very tight in South Africa. There should be a chain linking SA and the drug-dealing world. The people that are strongly to be blamed are the very same South African security services that allow drug entry into the country. Sheryl Cwele, the wife of South Africa’s intelligence minister, has been sentenced to 12 years in jail for drug trafficking in Brazil with cocaine worth $300,000. There are South African people that have been found with drugs in other countries, so we are all the same and we should not isolate people and stereotype them as a group of dirty criminals. The new drug known as â€œMercedesâ€ that is making the youth turn to crime in Newlands West is a local product.

Anyone doing wrong should face the law, but you always face challenges when you begin lobbying for peopleâ€™s rights. It is good news that we do have a lot of South Africans now fighting for the rights of migrants. And some encourage cultural integration through marriages. At home, we stay with Malawian brothers, and this is what makes it [good] for integration.

Xenophobia never stopped and it might well be here to stay. The main problem is denialism and not [being] willing to acknowledge and accept the problem. Government still does not accept that it is xenophobia; they maintain that these are criminal activities. I would say government is the main cause of xenophobia, and this is because of its incessant denialism while government agencies such as police exacerbate the problem, [rather] than preventing it.

The current trend is now that for every community [in which a] protest takes place, there is also a xenophobic attack that comes with it. This means African nationals are living in fear. It is more apparent that if a local man does wrong, the price will be paid by our African brothers.

In order to put xenophobia to an end, we are saying we need to deal with physical borders. It is sad to see operations like Fiela where Africans are stopped and checked for permits to live on this African soil. Itâ€™s a shame that an African is asked for a permit to be in their motherland. We are saying, away with the borders. The current policies by our governments are those that tighten the border lines and restrict movement of African people, and this must stop.