Home The Agenda Banned in his own country and forced to leave SA under a...
WhatsApp
Facebook
Twitter
Email
Print 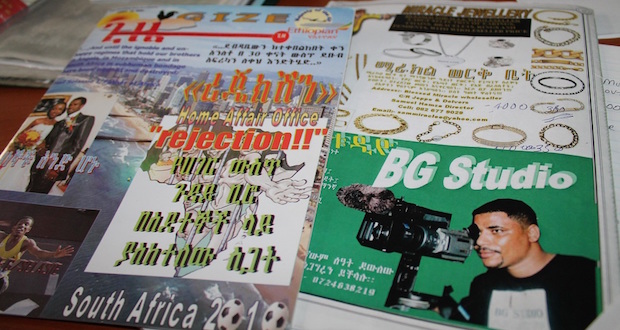 LEGESSE SEIFU, a 46-year-old Ethiopian asylum seeker, has been ordered to get out of the country before 28 May (tomorrow) byÂ the South African department of home affairs. He told Qiniso Mbili his story.

I am a qualified teacher and a certified journalist. I studied teaching and practiced as a teacher for a few years, but later followed my love for writing and became a journalist. I was doing what I loved and life in EthiopiaÂ was great.

My problems began after the 2005 Ethiopian election â€“ the president, Meles Zenawi, refused to get out of office despite the opposition party win. This led to nationwide unrest against the ruling party and aboutÂ 200 protesters were killed.Â I was reporting on the unrest and some of my articles contained criticism of the government. Press freedom is a myth in Ethiopia, therefore, I was arrested and detained for three days for criticising the government.

A year later, there were religious wars in the Western part of the country. I was interrogated and later arrested again after reporting on the governmentâ€™s failure to intervene in the religious clashes where hundreds of other people were killed. This time I was accused of being biased towards the opposition party, told to stop publishing and ordered to join the ruling party. I was told that should I not oblige, I would have to take full responsibility of what would happen to me after. I told them that I would continue working as an independent journalist and after a few days, I was released. I continued publishing stories that criticised the government for their attitude towards the religious clashes.

After a while, the police came to my house, vandalised my property, and beat me up. I wasÂ againÂ detained for three days without explanation. AÂ local ward councillor came to me and presented to me a document which I had to sign. The documentÂ saidÂ that IÂ would not be shown mercy if I did not stop publishing my stories. I signed the document and after three days in jail, I was taken at midnight via police van to be dumped in a small village called Mojo, 10km away from Addis Ababa, where I stayed. Luckily I found some people to take care of me for the night, and by morning I travelled back to the city. I started looking for a job as a teacher, but no one would offer me a job, I believe because the local government had an influence in the schools. This was a difficult time: I had no income, was being spied on and I could no longer be with my friends because they feared being on the wrong side of the government. Journalists were being arrested left, right and centre; some of them are still in jail today. I knew the time to leave the country had come.

I had been banned in my own country and had no visa; I crossed the borders through five countries, from Kenya to South Africa. I arrived here in April 2008 and in June, the xenophobic attacks started. I was so shocked, I had been through seven African countries, including Ethiopia and it was my first time experiencing such violence. What a country I had chosen. Luckily I have never been attacked, because I stay indoors a lot. A month after I had entered South Africa, I went to Home Affairs to apply for asylum. They gave me a form to fill out and I was interviewed. I told them about the political problems I faced in my native country. During the interview, I mentioned my journalism career. The woman interviewing meÂ asked why I had not mentioned on my form that I was a journalist. My application was rejected and she redirected me to the appeal board.

I have applied for asylum four times and all my applications have been rejected. With the help of the UNHCR and Lawyers For Human Rights, I have been able to extend my temporary permit over the years. The last time my appeal was rejected they said there was an interview that I was supposed to go to at the appeal board, but I hadnâ€™t known of this interview and they refused to extend my temporary permit any longer.

My current permit expires on 28 May. Home affairs took all my documents away from me and told me that if I want any more extensions I should come to them with a letter from the UN. A person at the Home Affairs gave me an email address for the UN. I contacted them and they told me to wait for two weeks while they make a decision. All this time I have been emailing and calling them to find out how the process is going, but I have not managed to get any responses. I am growing worried.

The UN told me that one of three things would happen to me. Itâ€™s either I will be deported to another country, or my application will be successful and I would be granted asylum. The third possibility is that I would be arrested and deported to Ethiopia as a prisoner.

My family misses me and my mother is always pleading with me to stop fighting the government and come back, but it is not that easy.

I continue to publish Ethiopian news for the Ethiopian community in South Africa and I still criticise the government. I receive threatening emails every now and then telling me to stop criticising the government and this is why the third possibility is not really an option for me. I will be killed in Ethiopia.