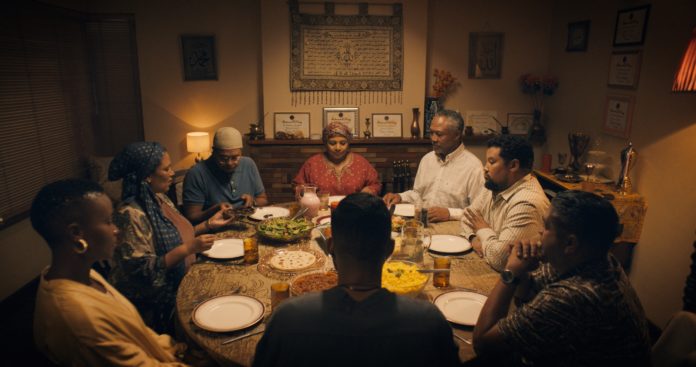 The National Film and Video Foundation (NFVF) has submitted Barakat for the 94th Academy Awards in March 2022. The film was shot entirely in the Cape dialect; Afrikaaps. Amy Jeftha is also the first woman of colour director to be submitted to the Oscars by South Africa.

The Road to the Oscars

Jeftha said she is proud that Barakat is being recognised by South Africa especially after the challenges in the industry within a pandemic. She also said the selection was unexpected but an affirmation of everyone who worked hard to receive this blessing. Barakat is the Afrikaaps word for blessings.

Ephraim Gordon, the co-writer and co-producer said he was excited but that the real work begins now. They have to arrange screenings for Oscar committee members. They are also hoping for an international distribution deal. Barakat had a good cinema run but they still have debts to be paid. The film is niche but there is an opportunity for it to get an international platform, Gordon said.

South Africa won the Foreign Language Film category in 2005 for Gavin Hood’s Tsotsi. In 2004, Darrell Roodt’s Yesterday was nominated. Oliver Schmitz’s Life, Above All was shortlisted in 2010, and John Trengrove’s The Wound in 2017.

Widow of two years Aisha Davids (Vinette Ebrahim) is preparing to tell her four sons she wants to remarry. Barakat plays out over the days before Eid-ul-Fitr, known as Labarang in Cape Town. Aisha is hesitant as her fiance is a non-Muslim man- Dr Albertus “Bertie” Meyer (Leslie Fong). The film is a “dramedy” as each brother faces their own challenges.

Shaquile Southgate, a managing editor of the dictionary, told the Daily Vox Barakat is hugely significant because it was shot entirely in Afrikaaps. “The majority of South Africa associates this with Kaaps. Barakat sheds a light on the whole familial experience of the language,” said Southgate.

Gordon told the Daily Vox the only way to tell stories is in the way you speak. “There is a familiar rhythm with Afrikaaps. It is important for us to create content and work that show people as they are,” said Gordon.

Emile Lester Jansen , South African HipHop pioneer, told The Daily Vox he is always glad to see alternative versions of Coloured people. He said he is exhausted with the same questions about gangsterism on the Cape Flats that come from a quick google search.

“Afrikaaps needed Barakat to show who the majority of people are that actually speak this dialect. It challenges the stereotypical boxes we have been put in for years,” he said.

Jansen also serves with Southgate on the Afrikaaps dictionary editorial board.

Barakat can be streamed here now or viewed on kykNET on December 18 2021.