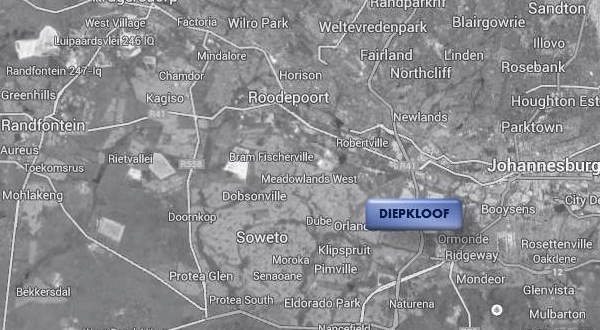 Often protestors account for their actions by saying â€œProtesting is the only language the government understandsâ€. Twenty years into democracy, Diepkloof Hostel protesters took to using body language to make their point, letting their bare behinds do the talking. UYANDA SIYOTULA writes.

The deputy chairwoman of the South African Human Rights Commission (SAHRC), Pregs Govender, has said that women use the â€œbody to make a powerful statementâ€. A question lingers in my mind – did this statement land on deaf ears and blind eyes? For their sake, I hope the government is attentive.

It seems South Africans have run out of words and tactics for communicating with leaders. So this is what itâ€™s come down to – Â mothers striping naked and humiliating themselves, in the name of service delivery.

â€œItâ€™s because they do not care about us, those women showed them their behinds because they have also turned their backs on us,â€ one hostel resident told me. Like many, he spoke on conditions of anonymity for fear of reprisal.Â  Many residents would not be interviews and denied having taken part in the protest.

Cracked walls, falling bricks and leaking roofs, insufficient water supply and atrocious sanitation are some of the horrendous conditions hostel residents endure on a daily basis. Frustration with the conditions – toilet buckets had not been emptied for three months, say the residents – propelled the fight for adequate sanitation, among others, leading to the skirmish between protestors and police that made headlines last week..

â€œNgamanyala laâ€ â€“ â€œThis is shitâ€ – says the mother of a six-year old, who stays in a wobbly, patched shack attached to a cracked brick structure. Just looking at it makes me worry about the coming winter winds. Her major concern, like many others, is the bucket system; buckets havenâ€™t been emptied for the past three months, she says.

Just about 3.2-million people have faulty sanitation infrastructure in South Africa and Diepkloof Hostel forms part of the 14.6% that has no access to flushing toilets in Gauteng.

A man, agitated to the core, tells me, â€œThere is no electricity; no water for days sometimes, the toilets stink, the shit stares at you when you go there and the smell is unbearable. We are all angry and we are tired of living like this.â€

The bum-baring was the only way they could get the government to listen, he says, because other people have also been protesting, but in vain.

An excruciating life of dodging and ducking the falling bricks is the norm here. He says people have died after walls collapsed on them. â€œMost of us now are scared because our walls can fall anytime and we have kids here.

â€œPeople are so angry, no one can live like this, what did we vote for? They say they will go and burn the councillorâ€™s house if he does not respond, they say he is the one who called the police on us. And I do not want that to happen because he is a father also, so he must just listen to us before it is too late,â€ he says.

Findings from the Provincial Hearings on the Right to Water and Sanitation reveal that many residents, particularly in poorer areas, suffer from a complete lack of access to water and sanitation or have access to only non-functional or broken infrastructure.

As President Jacob Zuma enters his second term of office, I hope such radical bum bearing protesting will prompt radical change in service delivery and restore the dignity of both our communities and our the government.

On my way out of the hostel, I see a group of boys and men huddled around a newspaper. As I edge closer I see it isÂ The Star, with a picture of one of the bum-bearers on the front page.

â€œAi this one, why would you take off your panties, in the streets, just like that?â€

If the protestors were trying to make a statement, it was lost on this group.