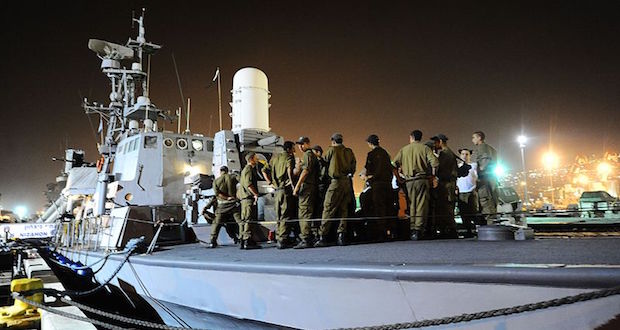 EWN reporter BARRY BATEMANÂ responds to a recent column by Ebrahim Fakir, published earlier this week on The Daily Vox.

From the outset, let me place on record that I reject with contempt claims made by Ebrahim Fakir that my research and reporting into the arrest warrants issued for four Israeli military commanders was agenda-driven.

This allegation, and others, was published on the Daily Vox website on 23 November 2015. I was not approached for comment, despite the claims calling into question my integrity. The headline in particular (“Barry Bateman, the Israeli ambassador, and a throwback to apartheid“) is sensational, inaccurate and misleading.

During the course of my everyday duties as a senior reporter, I received a statement from lobby group Boycott, Divestment and Sanctions Against Israel in SA (BDS). The statement announced that arrest warrants had been issued against four Israeli commanders in connection with the Turkish flotilla siege in 2010. The first statement, issued on 17 November claimed the arrest warrants had been secured by South African authorities. This was later retracted and corrected. The origin of the information being shared by BDS was the Media Review Network (MRN).

From the arrival of the first BDS statement, I spent four days trying to confirm the information. Through formal channels, I approached the police (Hawks), the National Prosecuting Authority (NPA) and the department of home affairs. By Friday, after numerous telephone conversations and email exchanges, all three organisations denied any knowledge of the arrest warrants.

Because of the on-the-record denials from the SAPS, NPA and home affairs, no story was published. I was determined to get clarity and so I approached BDS, MRN and Gadija Davids, the reporter who had been caught up in the 2010 incident. The five questions I posed were in no way a challenge to the organisations or the journalist, but merely an attempt (perhaps over-zealously) to obtain information for my story. I set out the denials that had been issued and asked for any further information that could assist me.

Thirty minutes after the questions were sent, the MRNâ€™s vice-chairperson, Aayesha Soni took to Twitter with the following: â€œWhen did you become the South African Zionist henchman, using your job to further occupation and injustice.â€

Dear @barrybateman When exactly did you become the south African Zionist ‘henchman’, using your job to further occupation and injustice?

There is no need to dwell on how inflammatory this comment is, nor on the fact that it is completely baseless. What came next was a string of tweets in which Soni accused me of carrying out the requests of Israeli Ambassador Arthur Lenk, sending threatening messages and attempting to breach lawyer/client confidentiality between Davids and her attorneys. There is nothing unusual or threatening in the media enquiry I sent and the claim that I was carrying out a request for Lenk is untrue.

At this point, Ebrahim Fakir entered the fray. Every attempt to explain what had transpired fell on deaf ears.

On 22 November 2015, five days after the first BDS statement, the police finally confirmed that while no arrest warrants were issued in South Africa, local authorities had received a letter from their counterparts in Turkey requesting that should the four Israeli commanders enter this country, they be arrested.

â€œAt the beginning there were some rumours that were spreading about a letter that was signed by our members regarding the four commanders from Israel. Now, following thorough consultation we can confirm that that letter has been received. Currently it is with our CAS Unit (Crimes Against the State). It will then be processed through our internal channels to Interpol for further processing.â€

As soon as the first official confirmation arrived, I tweeted the news (flagging it directly with Soni) and compiled a report for Eyewitness News, which was broadcast the following day. Hours later, Fakirâ€™s column appeared on the Daily Vox website and was promoted throughout the day on social media.

As I see it, Fakirâ€™s argument suggests that claims made by the MRN, BDS and Davids are beyond scrutiny, and that I as a journalist should have accepted these claims without question. He further argues that confirmation by a journalist from another media house (Independent Media) is sufficient basis to accept the reports as truth. But it is clear that I would be failing in my duties as a journalist if I did not independently verify the information.

I have worked as a reporter for over a decade and have carried out countless complex and high-profile investigations. To me, seeking confirmation for the arrest warrants was an absolutely routine and most basic requirement.

Another concern with Fakirâ€™s criticism is that it creates an impression that questioning a pro-Palestinian organisation is proof that the person asking the questions is fighting in the pro-Israeli corner. Nothing could be further from the truth. This is a knee-jerk reaction that ignores the great extent to which I went to establish the truth behind the claims. It further ignores the fact that I deliberately did not publish any story about the initial denials by the police.

My approach was inconsistent with someone who carries an agenda and seeks to discredit any organisation or person. It is, however, consistent with the principles of ensuring accuracy and affording right of reply to those involved.

Nowhere in my correspondence with BDS, MRN and Davids did I request that any client/attorney privilege be broken. I merely asked for any information that could help confirm the story. In fact, such proof was made available to another reporter, Shannon Ebrahim, who mentioned it in her article (â€œIsraeli Military Chiefs Face Arrest in South Africaâ€ â€“ 18 November 2015).

While the Israel/Palestine debate is a sensitive and controversial one, it should never be used to undermine those who work tirelessly to build their credibility. We all have a duty to approach all stories and columns with a greater responsibility, without resorting to personal attacks.

Barry Bateman is a senior reporter for Eyewitness News.