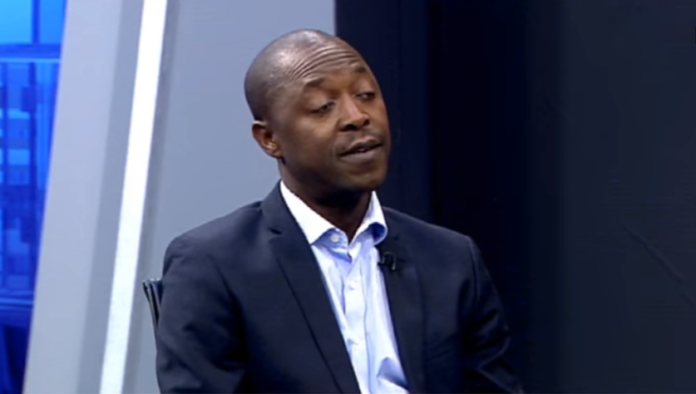 The department of education’s (DBE) ‘Read to Lead’ campaign took a sexist and tone-deaf turn on August 10 when spokesperson Elijah Mhlanga published a series of offensive tweets. In these tweets, Mhlanga captions pictures of scantily clad women reading with comments that reading is “therapeutic,” “relaxes the mind, body, and soul” and “feels good”. This sparked a debate on Twitter when some called the government official out for being inappropriate.

As part of promoting the DBE Read to Lead campaign, Mhlanga published a number of tweets promoting reading. Some were tweets about previous books he had read, others were pictures of himself at events promoting literacy. However, three tweets he tweeted picturing barely clad women reading did not sit well with social media users.

Another social media user said it’s disappointing when an intelligent individual in a leadership position “is unable to discern that the objectification of a scantily clad female veiled behind the smoke screen of promoting reading is in extreme poor taste.”

A number of social media users even asked whether the spokespersons account was hacked.

Mhlanga confirmed that his account was not hacked. In a series of tweets addressing the backlash, Mhlanga said the Read To Lead campaign is “aimed at promoting reading amongst young adults, people of school-going age and society in general.”

Mhlanga apologised for the tweet using the picture of the nude woman. “I have noted that one image in particular may have offended sensitive viewers. This however, was not the intention and we strongly reject any view to that effect. To those I disappointed and indeed those of you who are offended by the use of the images I apologize,” he said. Mhlanga has since deleted the offensive tweet.

In his thread of apology, Mhlanga also said he had previously promoted the reading campaign on Twitter using the same images in 2016, 2017 and 2018. However, he said, “there was no discontent or discomfort raised at the time. In fact it started a discourse on reading.”

Further in the thread, Mhlanga said: “Contemporary audiences that consume media tend to be open about sex and sexuality. I therefore have a full understanding of representation and metaphoric content and in this context, I pushed the boundary slightly in order to play around with meaning, and push a narrative about reading as an activity that can be done for fun and leisure.”

Mhlanga added that the department hopes “this issue will heighten interest in and sustain a conversation about the importance of reading and its significance in human development. Yours in reading.”

Mhlanga is unaware of his own misogyny

“It is striking that almost all of the images Mr Mhlanga uses in support of the #ReadToLead campaign are women, with a number of the images being highly sexualised,” Christine Hobden, philosophy lecturer at the University of Fort Hare, said in an interview with The Daily Vox.

Hobden was one of the social media users who called Mhlanga out on his tweets which she called “purposively provocative to get engagement.” Hobden also said the tweets showed “zero understanding of the harm of using these kinds of images”.

“In these tweets, and his subsequent replies and response, Mr Mhlanga shows no understanding of the harm in perpetuating gendered stereotypes or the objectification and commodification of womxn’s* bodies,” Hobden said.

“While Mr Mhlanga apologised to ‘sensitive viewers’, his apology only served to highlight that he failed to grasp the substance of the complaints. It is deeply concerning that this patriarchal view is espoused by a government department spokesperson, particularly a department that has such power to shape young South Africans,” Hobden added.

*The term ‘womxn’ is used to be inclusive of all femme-identifying bodies and not just cis-gendered women.