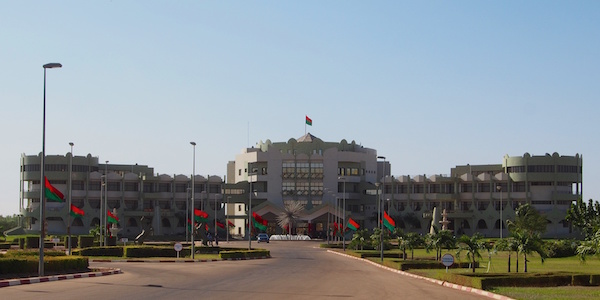 Over the past decade, France, in furtherance of its neo-colonial aspirations in West Africa, has portrayed Blaise Compaore, the recently-deposed president of Burkina Faso, as the regionâ€™s conflict-mediation guru, trumpeting his so-called peace-making roles in regional conflicts in Mali, Cote dâ€™Ivoire, Togo and Guinea. Most western media outlets and the US government have also contributed to building this peace-broker image, in return for which Compaore has allowed both France and the US to utilise his country in their quest to counter terrorism in the Sahel region.

In 2012, Britainâ€™s Telegraph newspaper hailed Compaore as â€œthe man who could help solve Africaâ€™s al-Qaeda crisisâ€, praising his successes at negotiating the release of Western hostages (albeit for a ransom), and his increasing mediation efforts in regional conflicts.

But scratch beneath the surface and a very different man emerges: one whose determination to enrich himself and entrench his power has not only led to the alleged murder of former ally, President Thomas Sankara, and the continued impoverishment of most Burkinabe, but has also reportedly contributed to several long-running wars in various African countries.

During the 1980s and 1990s, Compaore was closely linked to such dubious characters as Muammar Gaddafi, Foday Sankoh, Jonas Savimbi and Charles Taylor – the Liberian warlord who subsequently became president and is now serving a 50-year prison term for crimes against humanity in the Sierra Leone conflict. Taylorâ€™s mercenaries were trained in Burkina Faso and the country was also a conduit for the transport of arms supplied to Taylor by the Gaddafi regime in Libya. Matthew Weinertâ€™s 2007 book on democratic sovereignty underlines Compaoreâ€™s purported complicity in illicit diamonds-for-arms schemes with both Savimbiâ€™s Unita in Angola and Sankohâ€™s RUF in Sierra Leone. The atrocious civil wars in both countries were fuelled and prolonged by the sale of blood diamonds.

Even closer to home, Compaore had repeatedly been accused of supporting and financing rebellion against former president Laurent Gbagbo in neighbouring Cote dâ€™Ivoire, where about three million Burkinabe live. The International Crisis Groupâ€™s 2003 reportÂ tracks Burkina Fasoâ€™s role in the Ivory Coast conflict.

One would imagine that the mud from such meddling in the affairs of other states, not to mention the blood, would stick closely to Compaore. Yet almost miraculously, by January 2007, Compaore had managed to re-invent himself as a key peace negotiator in the region. As chairman of the regional body Ecowas, Compaore was actually invited by then-President Gbagbo to facilitate talks between the former belligerents in the Ivorian conflict, a move which resulted in the Ougadougou Peace Agreement in May 2007.

This appeared to cement Compaoreâ€™s credentials as a peace mediator, which had begun with his intervention in Togoâ€™s succession crisis in 2005 after the death of President Gnassinbe Eyadema.He was also designated the mediator for the Inter-Togolese Dialogue when violence erupted again in 2006. Furthermore, Compaore has been active in post-conflict and transitional negotiations in both Guinea and Mali, with varying degrees of success.Â Indeed, a closer analysis of Compaoreâ€™s regional peace facilitation clearly demonstrates that his mediation efforts rarely resulted in a sustained peace.

While some might argue that his intervention in Mali since 2012 led to presidential and parliamentary elections last year, neither the elections nor the presence of French troops has quelled the unrest in northern Mali, which is still vulnerable to secessionist attempts to divide the country; and the influence of jihadists in the region has actually grown rather than receded.Â Tellingly, French military neo-imperialism has also widened from its initial Mali intervention into a regional Operation Barkhane, based in Chad but including Burkina Faso, Niger and Mauritania, as well as Mali.

In Cote dâ€™Ivoire, despite Compaoreâ€™s mediation mandate since 2007, Gbagbo managed to delay elections until 2010, then refused to accept the results, which led to a resumption of hostilities until April 2011. The country remains deeply fragmented and fragile, with civilians experiencing widespread insecurity.

Just as elections are only the beginning of a longer transition to democracy, the end of hostilities is only the start of peace. For peace-making to be both sustained and sustainable, and for democracy to take root and flourish, the peace process must include achievable and time-bound development goals. Unfortunately, when the mediator is a leader who has failed to address the developmental needs of his own people, he is unlikely to prioritise those of the nation in which he is mediating, and Compaore is a case in point. Ecowas and other inter-governmental bodies should take note for future appointments.

As for â€˜Beau Blaiseâ€™, as Compaore is often referred to by his admirers, they may be better advised to change that moniker to â€˜Bloody Blaiseâ€™. Now that he is no longer protected by the mantle of presidential immunity, it is to be hoped that he will be called to account for the myriad lives lost and ruined by his actions in various conflicts. The interim authorities in Ougadougou would also be well advised to have Compaoreâ€™s foreign assets frozen, for he is likely to have stashed the ill-gotten gains from blood diamonds and other corrupt activities in offshore tax havens. Ayesha Kajee is a rights activist and political analyst with a special focus on governance and development. Follow her on Twitter.