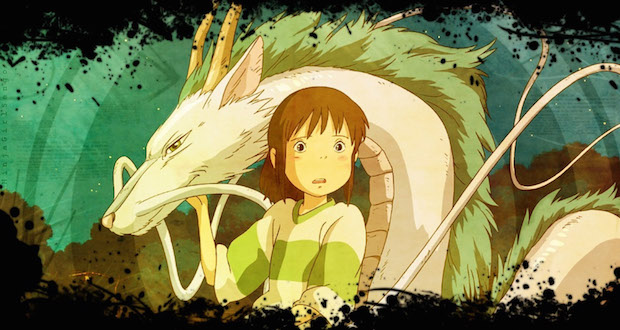 So itâ€™s finally the holidays and not all of us are heading down to the beaches or getting our passports stamped. But you still have plenty of free time, so I recommend dropping the TV series and experimenting a with with anime – Japanese animation. Despite what impressions you have of anime, itâ€™s really quite a diverse and multifaceted medium. Youâ€™re likely to find some aspect of it that really appeals to you – but it can be difficult to know where to start. So hereâ€™s a beginnerâ€™s guide into Japanese anime for your holiday binge-watch.

*These are the shows I personally recommend you start with.

These are anime that you just have to take peopleâ€™s word for it and watch. Not because theyâ€™re good anime, but because theyâ€™ve achieved a status that goes beyond just the medium – theyâ€™ve set some kind of standard for animation. Think of it as cultural exposure. But also, these arenâ€™t light watches and some of them – lookinâ€™ at you Evangalion – will possibly leave you troubled and confused for a while.

Shounen anime is literally marketed towards young boys. Below are the series that form the bread and butter of what most fans get addicted to. The charismatic hero (usually a young guy) with latent and trained power, taking part in epic fights and a gradually progressing storyline. Think Dragonball Z but with varying contexts. If you have any friends who are into anime – theyâ€™ve likely mentioned some of these.

Technically, Studio Ghibli counts among the classics. But given the amount of films produced, predominantly by their co-founder Hayao Miyazaki, this deserves its own section. Miyazaki is likely the most respected name in anime – some consider him to be Japanâ€™s Walt Disney. Iâ€™ve included works by Makoto Shinkai because many are calling him the new Miyazaki. Shinkaiâ€™s animation is aesthetically breathtaking and takes you on a journey.

So a lot of anime has become saturated by romance-comedies that feature a single guy surrounded by attractive women who dote on him for no particular reason. Itâ€™s like a staple of every season. Along with this usually goes gratuitous â€œfan-serviceâ€ which is pretty much cleavage and underwear shots, which is generally considered to make up for lack of plot and good storytelling. Regardless, there are still many comedy-romance gems that stick out. These are usually a lot more light-hearted and easy to watch.

Just accept that you will cry and feel the things that need to be felt.

These are larger than life, with complex plots, engaging character progression and storytelling that twists and turns. Go on an adventure in an immersive fantasy world.

This stuff gets quite dark and contains a lot of angst and violence, moral relativism and the less palatable side of human nature. Don’t say I didn’t warn you.

These could likely fit elsewhere, but I thought it prudent to give them their own category as each of these has achieved something incredibly unique and creative. This may be because the anime has done something new in terms of storytelling, or because it’s mixed genres or stepped outside the box in effective ways.

So there you go. Holidays – and pretty much every free moment from here to next December – sorted.