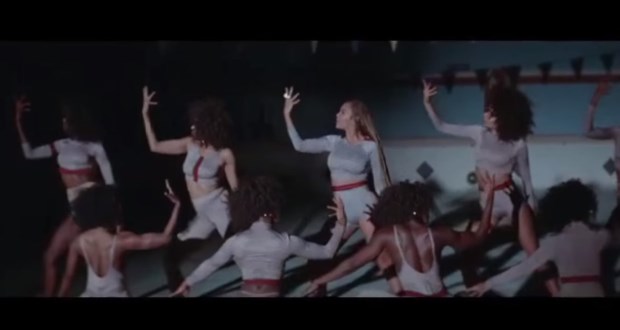 MICHELLE R SMITH describes why it’s important to have a diversity of blackness in the media. Is thereÂ a “right” way to be black? And what does it all have to do with BeyoncÃ© anyway?

Personally, I can go either way on BeyoncÃ©.

I can critique the commodification of blackness by a middle class, privileged, light-skinned woman that wears fake blonde hair, shakes her ass professionally, calls herself a feminist whilst continually defining herself in relationship to her husband (â€œLet me hear you say â€˜Hey, Mrs. Carter!’â€), and is unwilling to make explicit statements about her political beliefs.

Or I can appreciate a pop singer with a record-breaking level of fame laying claim to her blackness and making references to the crises in her community and its history when sheâ€™s not obligated and stands to lose at least a modicum of the crossover appeal that made her so ridiculously famous by doing so.

I see her both ways, and I get when people see her either way.

But hereâ€™s the thing:

When BeyoncÃ© does something like turning out the Super Bowl 50 Halftime Show, and black people start arguing about whether that was a â€œgoodâ€ thing or a â€œbadâ€ thing, weâ€™re not really arguing about BeyoncÃ©â€™s performance.

I mean, yes, some people love her singing and dancing, and others donâ€™t, but thatâ€™s not really the root of the conversation, I donâ€™t think.

I think what weâ€™re really arguing about is how we want to see blackness represented in the media. And underneath that I think weâ€™re arguing about what we really think black people need to be doing with themselves and doing about our collective â€œsituation.â€

And of course I have thoughts about both.

When it comes to representations of blackness in the media, you have black occurrences and black performances.

Black occurrences are things like the tape of the murder of Eric Garner. A record of an organic incident that presents some devastating truth about what it means to be black in America and contains some serendipitous aspect that can be commodified (Mr. Garnerâ€™s last words â€œI canâ€™t breathe.â€)

When it comes to consumers of representations of blackness in the media, you have purists and enthusiasts.

Enthusiasts like black performances. Because theyâ€™re black. And thatâ€™s a big part of what they think black people in America should be doing. Just being black. Just asserting their plain old blackness in a world of #OSCARSSOWHITE and so many other forms of racial exclusion. They donâ€™t need the blackness to be political, respectable, appropriate, feminist, or â€œauthentic.â€ They just need it to be black and not bleeding to death in the street.

Again, I see both sides of it, and I get when people occupy either side.

I do think itâ€™s important that black occurrences be broadcast all over the fucking world so people can see and understand what America is doing, but I also canâ€™t help but snicker at a troupe of black dancers in afro wigs, berets, and black turtleneck leotards storming the fucking Super Bowl.

Iâ€™m a black feminist, but Iâ€™m also a black girl and black artist. I see the worth in fucking with the aesthetic. I also get a kick out of seeing black people in places where they â€œdonâ€™t belong,â€ doing things that they â€œshouldnâ€™tâ€ do.

Black activism is one thing. Black entertainment is another. BeyoncÃ© is an entertainer, and she does her job amazingly. I like that sheâ€™s injecting a little Black Panther, a little Nola, a little history in her imagery. But itâ€™s not her job to save us. Itâ€™s her job to make us dance and sing along. I donâ€™t think sheâ€™d say anything other than that. And I donâ€™t think we should expect anything other than that from her.

We have black feminist activists. Scholars. Educators. Leaders. If we donâ€™t know their names, then we canâ€™t be lazy and look to a pop star to act as our stand-in. We need to learn their names. We need to read and follow their work. We need to give them the same amount of exposure and respect that we give the pop star. We need to put them on an adjacent pedestal, so kids recognize and follow them like they follow Mrs Carter.

Too, I donâ€™t think we should police peopleâ€™s performances of blackness. Love it or hate it, but donâ€™t dissect it for â€œrightness,â€ because whatâ€™s the â€œright wayâ€ to be black?

There are as many ways to be black â€“ or do black â€“ as there are black people in this country or on this Earth.

No oneâ€™s utterly or perfectly authentic in their blackness because blackness isnâ€™t one measurable thing.

When we as black people deride each other for the way that we enact identity, weâ€™re not getting any closer to solving our collective problems. Weâ€™re certainly not strengthening our collectivity. Weâ€™re being divisive, and hypocritical, because isnâ€™t that what weâ€™re always accusing white people of doing? Policing us?

BeyoncÃ© is not my favorite singer, but sheâ€™s a hell-of-a performer, and Iâ€™d rather see her on the Super Bowl than fucking Taylor Swift or Katy Perryâ€“the poster girls for pop feminist whiteness.

Iâ€™d rather see her nouveau aesthetic blackness on a music video than another clip of a male rapper posing in a sea of undulating multiracial breasts and hips.

If BeyoncÃ©â€™s â€œformationâ€ of blackness doesnâ€™t suit you, thatâ€™s cool. Stick to your own.

Sheâ€™s not taking anything away from anybody, I donâ€™t think.

And whether you like her or not, she gives some people absolute life.