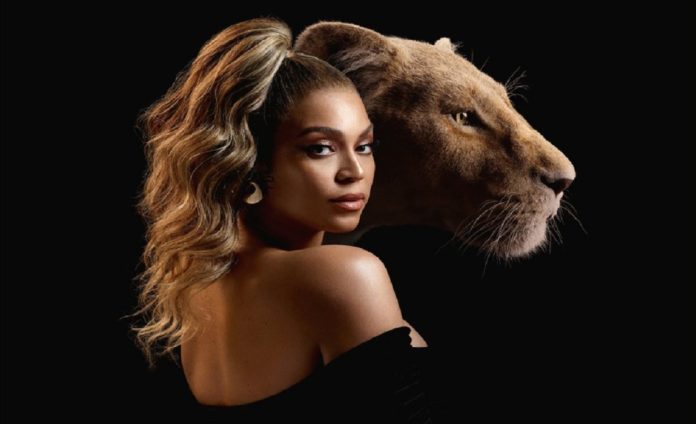 Update: The queen herself, Beyoncé Giselle Knowles-Carter, dropped the video for Spirit on July 16, and as expected it’s a feast for the eyes. As the inventor of visuals, Beyoncé treats us to breathtaking scenes of dancing in an African backdrop of desert, a waterfall, a lake surrounded by greenery and at sunset with a majestic mountain range in the background. The video is also peppered with clips from the Lion King remake. But the most beautiful part of it all is that it features a cameo from child prodigy Blue Ivy. We’re barely breathing.

Watch the music video and be amazed.

As if we couldn’t get even more excited for the premiere of the Disney live-action remake of The Lion King, Beyoncé took us to church with Spirit. The artist dropped the single on July 9, just days before the film is set to hit cinemas. Spirit will be on Bey’s personally curated album that will accompany the film. The Hive, and the general public, is wilding, and understandably so. The harmonies, the lyrics, the vocals are all phenomenal.

We all know and respect Beyoncé’s artistic vision, so we were expecting her to snap. But she really snapped hard this time. The singer has curated a new album featuring international artists called The Lion King: The Gift. It’s only out on July 19 and you can bet that we’re counting down the minutes. The album, and the film’s soundtrack, will feature Bey’s Spirit.

We were never ready for Spirit

She made the song with South African producer and composer Lebo M and German film score composer Hans Zimmer. Director Jon Favreau said in an interview with Fandango, that Beyoncé “performed and wrote [Spirit] in the spirit of the production.”

“There were many different parts to the song and so I found a lot of elements, including some of her work, already in place. It was just about putting everything together. The whole package is quite exceptional,” Lebo told TshisaLIVE in an interview.

“It was about linking her composition to the phonetic expression of The Lion King. That was where I came in, produced the vocal arrangement and to do some writing. It went from a good song to a good song for The Lion King,” he said.

Listen to it below and be amazed.

“Rise up / to the light in the sky / watch the light lift you harder / burn your flame through the night / Spirit, let your heavens open,” Bey sings.

Nothing but anticipation for The Gift

The Queen said The Gift is “sonic cinema,” in a statement. “This is a new experience of storytelling. I wanted to do more than find a collection of songs that were inspired by the film. It is a mixture of genres and collaboration that isn’t one sound. It is influenced by everything from R&B, pop, hip hop and Afro Beat.”

“I wanted to put everyone on their own journey to link the storyline,” Beyoncé said. “Each song was written to reflect the film’s storytelling that gives the listener a chance to imagine their own imagery, while listening to a new contemporary interpretation. It was important that the music was not only performed by the most interesting and talented artists but also produced by the best African producers. Authenticity and heart were important to me.”

The original soundtrack itself looks promising

Bey will release The Gift, which is rather aptly named, in addition to Walt Disney Records’ original soundtrack for The Lion King. The OST will feature the classic track Can You Feel the Love Tonight sung by Beyoncé and Donald Glover. From the 45-second clip on YouTube, we already know this song is going to shake us to our cores.

The OST promises to feature hit after hit as well. Lebo revealed that it will feature a version of his hit song He Lives In You in Xhosa. It also boasts a remake of Mbube (The Lion Sleeps Tonight) in tribute to the original composer, South African Solomon Linda, featuring Pharrell Williams.

Excuse us, we’ll just be listening to Spirit on replay until the release of the film and album.