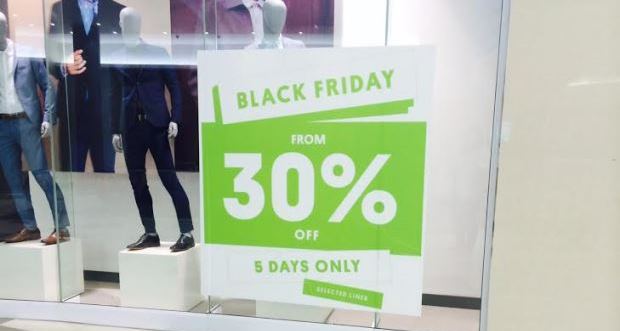 Black Friday – the craziest shopping day in the American calendar – has hit South African shores. What is it all about? AAISHA DADI PATEL explains.

Traditionally observed in the USA, after the Thanksgiving holiday, Black Friday sales are billed as one of the world’s biggest sales promotions. News of the crazy sales and crazy behaviour associated with Black Friday have been trickling across the pond for years now. But 2015 appears to be the year South African retailers to embrace Black Friday specials, and shoppers have flocked to shops in droves to take advantage of cut-rate prices.

And it isn’t only being limited to physical stores; online store Superbalist rolled out 25% off of all products including sale products on their website.

? Take 25% OFF SITEWIDE ? That’s up to 70% off SALE! Let’s break the internet pic.twitter.com/XLiHin4LZx

Checkers South Africa went all out with the campaign, marketing specials from days beforehand which had eager shoppers queueing up from 7:30am.

Fatima, a shopper at the Emmarentia Checkers, told The Daily Vox, “I had to take a detour through the aisles to get into the checkout queue, and it took me close to an hour to get out. There were ridiculous specials, like Lux soap for R5 and packets of Tennis biscuits for R6, so I understand why it would be so busy.”

Pick n Pay was on it too, advertising 58% saving for shoppers.

But not everyone embraced the trend. Woolworths confirmed via Twitter that although they had a special on, it wasn’t anything like the blackout specials other retailers were promising.

The premise of Black Friday is not only to drive profits for retailers (black is used by accountants to signify profits, hence the name) but also to market brands and retailers as exciting spaces, to build loyalty and trust with them, and make them places customers will want to keep visiting all year round. But it isn’t without its criticisms. Over the years, several people have died and scores more have been injured during stampedes at stores holding Black Friday sales, leading many to question the rampant consumerism.

Is having Black Friday events in South Africa clever brand strategising or is it simply symptomatic of selling out to consumerist ideals? Tweet us or let us know your thoughts below!