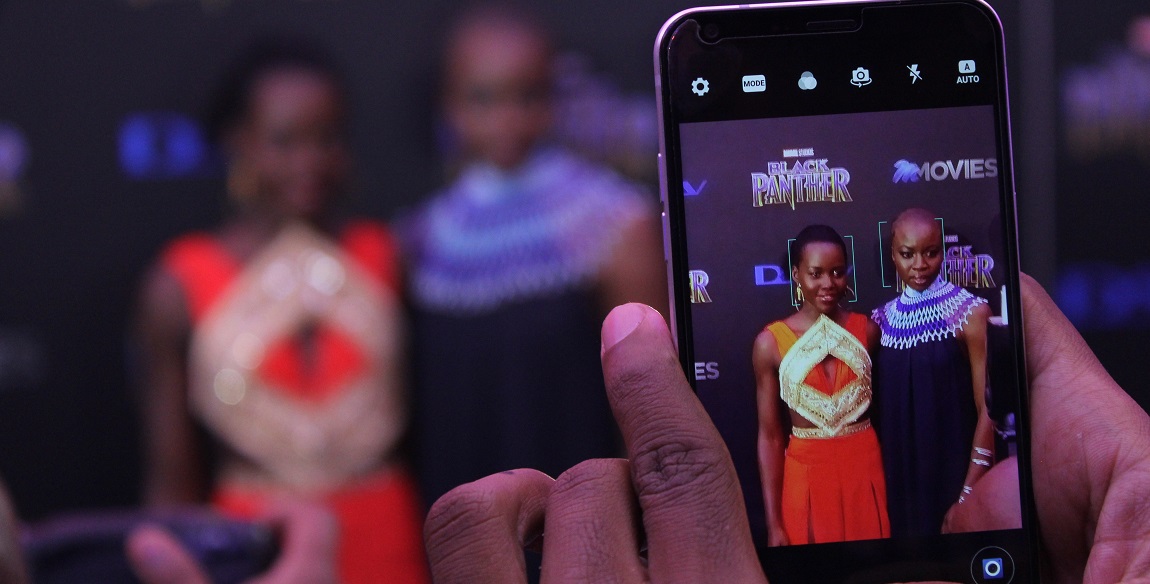 Last week Friday, February 16, was the South African premiere of Marvelâ€™s Black Panther. Actors Danai Gurira and Lupita Nyongâ€™o were in attendance Monte Casino premiere in Johannesburg. The Daily Vox spoke to them about the themes of patriarchy and matriarchy in the film.

The Daily Vox (TDV): Lupita, starting off with you, looking at the country of Wakanda, can we say it represents the Africa envisioned if colonialism did not happen?

Lupita: Yes, we can definitely say that.

TDV: Danai, can we say that there is no patriarchy in Wakanda?

Danai: We can say that there is a very mutual connection in terms of gender, right throughout leadership. That throne can be occupied by a woman or a man. With the protectors of the throne, one would imagine that conventionally it would be men, but in Wakanda itâ€™s women. Women are definitely at the forefront of the societies. So I would say that patriarchy and matriarchy are equally valued in Wakanda.

TDV: Still speaking about patriarchy and resistance, would you say the movie helps many women in society resist and stand up to patriarchy?

Lupita: The purpose of the film is not to directly cause a revolution in that sense. But I think what this film does, is that it offers us an image of a world in which women are allowed to realise their full potential, they are allowed to assume their own power, and the men are not threatened by that. They are very supportive of that and so both genders are in a cohesive symbiotic relationship, and to see it is to believe it can happen. So, what we all hope that this art inspires society to advance and improve. Hopefully the effects of this is that women can see the ways in which they can realize their full potential and fight for that, and hopefully the men who watch this will not be so threatened by the idea of equality and perhaps will be more feminist in their approach to the way the world should look.

TDV: Wakanda played a lot of gqom, South Africaâ€™s trademark music genre, which you guys have been well exposed to. Are you maybe considering adjusting your playlists after the movie?

Danai: My playlist is so full of South African music that I am cheating on Zimbabwe. I handed my copy of Sjavaâ€™s album to our director and I was like â€œsoundtrack!â€. From Black Coffee to him [Sjava], Zama Jobe, Simphiwe Dana; these are also my staples. Every time I come here, I stock up, because I go to Zim through South Africa. Herâ€™s [Lupita] is full of a lot of African music too. She’s like a West African south girl. When weâ€™re at parties, she’s pushing forward her folks. Iâ€™m pushing for Black Coffee.

TDV: What would you guys say you learnt about yourselves during the filming of the movie?

Lupita: What I learnt that, I love working with Danai. I definitely learnt that for sure. We had an amazing collaborative process. We grew a lot closer in this film and we found each otherâ€™s strengths and it was such a great creative process, and one that made me want to work with her more and more!