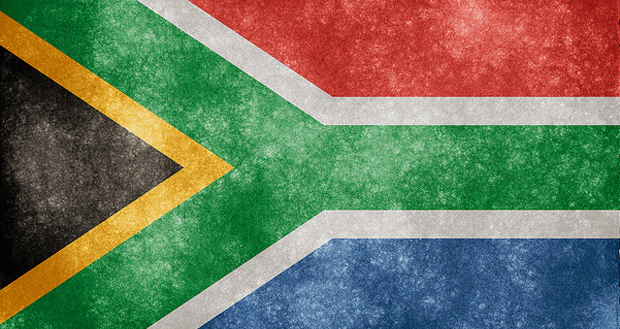 That South Africa is a bitterly divided society is a trite observation, and those divisions must inevitably play out in how different groups interpret social ills that affect us all.

Black Monday was one such moment â€“ hundreds of people across the country wore black and marched to protest farm murders. The march, which was supported by AfriForum, agricultural and business groups, as well as ordinary citizens, was sparked by the brutal murder of a farmer in the Western Cape during a robbery. Crime is a terrible problem in our country. However, many of the protest signs and comments made at various marches suggested another interpretation: that farm murders are in fact a targeted, political attack on whites. That they are evidence of â€œwhite genocideâ€.

Today I witnessed the open and proud embrace of symbols(Old SA Flag) and Die Stem by the Farmers on the R59 in Redan. Very disgusting

There is no amount of proper statistical analysis that shows that farm murders are largely about theft, not racial animus, and that the attacks on white farmers are overwhelmed byÂ the impact of crime on black people in townships and informal settlements whether in urban or rural spaces, that will change the tone and direction of this debate. People are simply talking past each other.

Whatever the intentions of the marchers, it cannot be wished away that for some people, this was an opportunity to bring out that old symbol of hatred and white supremacy, the flag of apartheid South Africa. The debate on the appropriateness of this symbol is not just long overdue â€“ parliament should have long ago banished it from a society premised on non-racialism, non-sexism and freedom. It is truly the Nazi flag of South Africa, and we should be treating it the same way that the German people treat that symbol of hatred and white supremacy.

Apartheid flags should be banned in SA the same way Nazi symbology is banned in Germany.

Instead of this bold leadership from the party of governance, the African National Congress (ANC), we got weak condemnations and inaction. That response is in keeping largely with the governmentâ€™s tepid response to the specific and urgent safety needs of our rural communities.

In fact, none of the three biggest political parties provided much-needed political leadership on a day of bitter resentment. The ANC, Democratic Alliance and Economic Freedom Fighters failed to unite all South Africans around a proper understanding of crime and how to combat it. Each in their own way contributed to the â€˜talking past each otherâ€™ problem.

Rural communities deserve protection regardless of race. This message should be received by any South African without any need for racist dog-whistling and a nostalgia for the ugly days of apartheid. It is our political parties who should be leading this conversation. On Black Monday, they did not.