Home Beyond Fees Must Fall Blade Nzimande At Higher Education: It’s Back To “Square One” For Students
WhatsApp
Facebook
Twitter
Email
Print 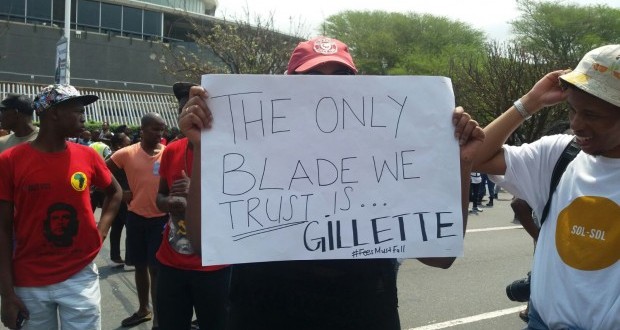 During the period when Fees Must Fall gripped the South African campuses, then-higher education minister Blade Nzimande and the students were at war. Nzimande was swapped in for Hlengiwe Mkhize in October 2017. Naledi Pandor took over for Mkhize in February 2018. But in a shocking move on May 29, President Cyril Ramaphosa brought Nzimande back. Nzimande is currently the minister of higher education combined with science and technology. Needless to say: students are not impressed.

Blade versus the students: an adversarial relationship

In the dawn of Fees Must Fall, Nzimande infamously said “students must fall” if they refused to accept his proposed fee increment. After he said that, Nzimande burst out laughing at his own joke. The video, captured on national TV during a press briefing following protests in Cape Town in 2015, haunts Nzimande.

Students accused him of being against the Fees Must Fall movement and making a mockery out of them. Students also criticised the minister for refusing to meet up with student leaders but meeting with university management teams to discuss issues relating to curbing student protests. During the protests, Nzimande called on law enforcement agencies to act against “hooliganism” that resulted in violence and destruction.

Fees Must Fall activist Bonginkosi Khanyile was sentenced to three years house arrest under correctional services supervision and ordered to pay a R5,000 fine in January. Khanyile was implicated in acts of violence against the police in September 2016. In a tweet published on May 29, Khanyile said he will join any programme to remove Nzimande from his position. “Our struggles are undermined to the core. We are 10 steps back. Blade must go before he even start!” he said.

Nzimande’s first term during Fees Must Fall and the student protests “taints” his second term, political analyst Tasneem Essop said. But all the blame for the government’s response to student protests cannot be solely levelled against Nzimande. “We must remember there was a task team appointed and many of the current ministers would have been part of that, would have been part of cabinet-making decisions at that time,” she said.

A parliament with Nzimande as education minister and Fees Must Fall leaders as members of parliament (MPs) will present “an interesting dynamic,” Essop said. The Economic Freedom Fighters (EFF) have Naledi Chirwa, Peter Phuti  Keetse, and Vuyani Pambo occupying seats while the African National Congress (ANC) have Nompendulo Mkwatsha. All of these MPs were prominent leaders in the movement.

“What it will come down to is that a lot of them are in the same ANC caucus. That’s one thing to consider. For the ones in the ANC, it’s about how they navigate that caucus,” Essop said.

As for the EFF, we can expect their young MPs to take Nzimande to task as free education is within the EFF realm of discussion. “There would be no difficulty to expect them to hold their line and to hold whoever is in opposition accountable,” Essop said.

Chirwa has already tweeted that she will go out guns blazing.

But on the ground, students will have to work with the higher education department, led by Nzimande, to resolve issues on campus. Student leaders are not pleased at Nzimande’s reappointment.

Current student leaders are not too keen on Nzimande either…

“If Blade failed before, I don’t think this time around he’s going to listen to us,” secretary of the environmental science faculty at the University of Venda Ramarumo Thabelo said. “We fought so much during the time of Fees Must Fall and he was the one who was leading us at that time. Now we are back to square one,” Thabelo said.

“Blade’s reappointment brings back a lot of sad memories from the time of Fees Must Fall,” University of Mpumalanga Student Representative Council President (SRC) Mxolisi Ngcamphalala said. “A lot of our comrades found themselves in compromising situations when they raised genuine issues of young people,” he said.

But Ngcamphalala is still hopeful. “It will be his second time as the minister, I hope that he will learn from his previous mistakes and that he’s not going to do the same thing. I believe President Ramaphosa had a serious talk with him and I think that we might see a turnaround in Comrade Blade,” he said.

University of KwaZulu Natal (UKZN) SRC President Sanele Hlongwa says as a student, he doubts it was a good decision to bring Blade back. “At that time [when he was the higher education minister] he didn’t deliver what we expected of him, he didn’t address our issues. I expected the president to choose someone who is trusted by the student leadership. The best option for Ramaphosa was Blade. I’m not sure what informed that,” Hlongwa said.

Pandor met with student leaders frequently to discuss campus issues. She was more proactive than Nzimande who reacted to protests, he added.

“Nzimande has shown a blatant inability to work with students and respect student leaders. But post-Fees Must Fall, there is a new generation of leadership that has been ushered in. I think we are capable as student leaders of working with Minister Nzimande. I’m hoping this is a ‘new dawn’ of student leadership such that the arrogance of Nzimande will not be tolerated,” Mahlangu said. 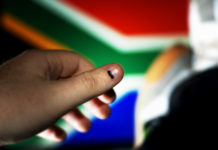