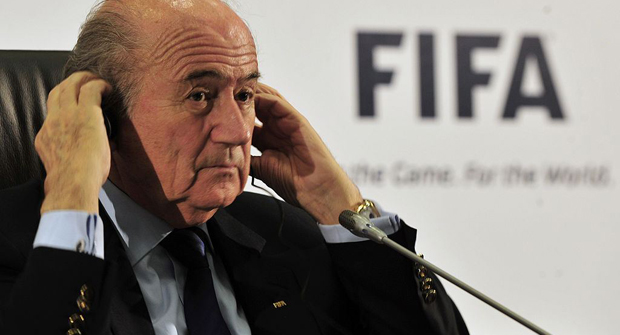 Sepp Blatter has been at the helm of Fifa for almost two decades. Over the last few years,Â heâ€™s managed to evade allegations of corruption, but it looks like his past is about to catch up with him. And â€“ judging by his sudden resignation â€“ he knows it. Â MICHAELSON GUMEDE takes a look at what Blatterâ€™s long reign has meant for world soccer â€“ and where to from here for Fifa. Â

Ironically, in his resignation yesterday, Blatter called on Fifa to set a two-term limit for future presidents, although he himself served four terms â€“ and had just been elected to a fifth last week. He had shown dictator tendencies, much like his African associate Issa Hayatou, who has been president of the Â Confederation of African Football for 27 years.

The beautiful game â€“ or, if you prefer, the football industrial complex â€“ can do without leaders that hold on to power until they become disliked by the entire football community.Â Extra time might work well on the field, but itâ€™s simply unnecessary â€“ and can be downright harmful â€“ in real life.

But, when it rains, the rain hits the roof before it hits the ground; in this case, the ground being the arrested Fifa officials and Blatter being the roof.

He claimed that if there are corrupt people within the organisation, there is nothing he can do about it. But what is the job of the roof? It is to protect the ground from getting wet.

Even if we presume his own hands are squeaky clean, which seems unlikely, Blatter failed to root out the rot within Fifa, an organisation he has been in charge of for 17 years. So much for being a hands-on leader.

The latest Fifa corruption story broke last Wednesday, with the arrest of the officials in Geneva. But it took Blatter almost a full week to agree to step down.

On Sunday, South African Football Association (Safa) president Danny Jordaan admitted that the local organising committee had paid Fifa officials $10-million in 2008; money which he denied was a bribe, but explained as a contribution towards the Confederation of North Central American and Caribbean Association Footballâ€™s (Concacaf) development fund.

However, a letter from the former Safa president to Fifa secretary-general JÃ©rÃ´me Valcke shows that the money in question was to be administered specifically by Concacaf president Jack Warner.

Why would Jordaan pay over this money to be administered by by a specific official if South Africa had won the rights to host the 2010 World Cup honestly? If the money really was being used for soccer development, why wasnâ€™t that money used to develop our local soccer? If it was an honest deal, why didnâ€™t we know about the payment before now? It shouldâ€™ve been done above board.

The truth about the allegations is knocking on the door, and Blatter has realised that the ongoing investigations might implicate him. Therefore, he has decided to bow out â€œvoluntarilyâ€ now, instead of being embarrassed by being forced out of office. In football terms, weâ€™d say heâ€™s been caught offside.

Blatterâ€™s resignation means that we are set for a new era in football governance, at long last. Will Blatterâ€™s â€œfanboysâ€ and colleagues at Fifa â€“ the likes of Issa Hayatou, JÃ©rÃ´me Valcke and Constant Omari â€“ also step down? It is most likely that they will be ousted along with Blatter, since they have enjoyed power under his leadership.

Where does this leave Fifa? Is Prince Ali bin Hussein, who contested the last weekâ€™s Fifa presidential elections now the favourite to take over? Or should the footballing world be set for a surprise replacement? The prince already has a support base â€“ he gained a healthy 73 votes in his last standoff against Blatter, which certainly makes him the most likely candidate (if you discount Tony Blair).

Global soccer administrationÂ has suffered 17 long and painful years under Blatter. Letâ€™s hope his resignation truly does signal a fresh start, and not simply a changing of the guard.