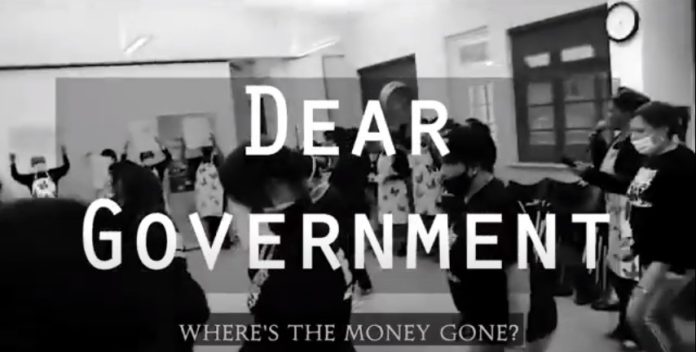 The Bonteheuwel Development Forum (BHDF) have used the Jerusalema Challenge to raise awareness about the issues facing their community.

In a video released on Women’s Day – August 9 – the BHDF members dance along with Master KG’s dance for Jerusalema. The challenge created by Master KG for his song Jerusalema has gone viral. From hospitals in South Africa to the beaches in Europe and even Palestine, many people have posted videos of them dancing along to the catchy song. But the BHDF have put their own twist to the song.

Bonteheuwel is a community in the Western Cape which faces many issues. In June this year, seven people were killed in one week in gang-related crimes. Political differences have also been a stumbling block in the area.

Henriette Abrahams from the BHDF told The Daily Vox they’ve developed feeding schemes, and a food garden. The food garden was developed to supply over 30 feeding schemes. Abrahams says in the absence of any spheres of government and non-government organisations in their area, the BDHF are taking care of their own community. They fundraise on their own for the various projects carried out by the organisation.

Abrahams remastered the lyrics of the songs, using it to explain their concerns. The song was performed by the BHDF at the Tshisimani Centre for Activist Education. The members of the forum all learnt the dance at home and then practised it days before the actual performance on Women’s Day.

Abrahams says with the government not listening to their demands and with the popularity of the challenge, they decided to make their own, sending a message to the government. She said it’s a message to all tiers of government that they are corrupt. “It’s either stolen or tenders given to their family and friends. But the money never came to us,” she said.

With the instantly familiar beat, the lyrics of the song asks: “Where’s the money gone? We are dying. Where’s the food gone?” It is a reference to the money that was supposed to be used for COVID-19 food relief. The song ends off with the final message: “2021 you will die.”

With that message, Abrahams said they mean that they are waiting for the 2021 local government elections to make their voices heard.