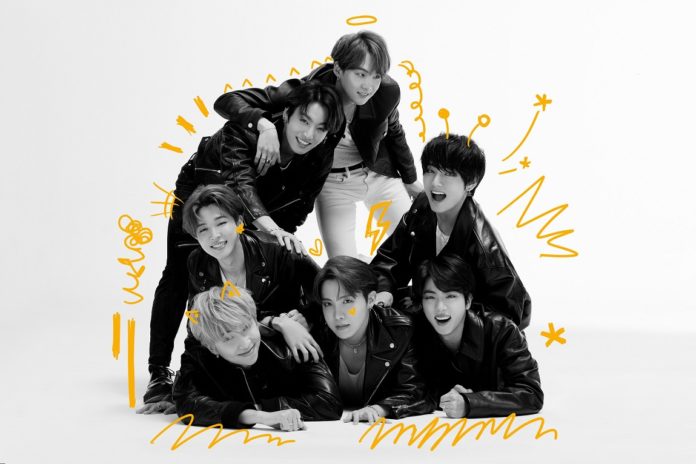 It’s time.  BTS has finally made a comeback.

South Korean group Bangtan Sonyeondan released their seventh studio album ‘Map of the Soul 7’ on February 21. Even before the album was released it broke the record for the most pre-ordered South Korean album of all time. As expected, the wait was worth it and ARMY (BTS fans) around the world were not disappointed. BY SHAAZIA EBRAHIM AND FATIMA MOOSA

The Comeback is here…

[UPDATE 27/02/2020] BTS dropped the official music video for their title track ON. The video features the members caught in the wilderness. Jungkook appears to be running away from a prison of some sort while the other members are also caught in complicated situations. The movie erm music video (it honestly feels like a movie) is like the Maze Runner movie. It then ends with the members walking up what looks like Pride Rock. (Lion King vibes for days) Hopefully, this means that ARMY from the African continent will definitely be getting a tour date soon…

UPDATE AS OF 04/03/2020: BTS dropped the official music video for Black Swan featuring all of the members. Set in a beautiful theatre, the video shows the members dancing along with the choreography while belting out the lyrics which relate to the “death of the artist.” Standout moments from the video have to be the black wings springing out from Jimin’s back and Jungkook watching the curtain fall at the end of the video.

ARMY have your hearts stopped racing? Simplicity is best, they say and BTS truly personify it in their new music video, the Kinetic Manifesto Film. The video might only feature the group dancing accompanied with back dancers but it is anything but simple. The beautiful visuals of the members accompanied by their powerful dance moves makes for a thrilling experience. The scenes of the members in black and white grunge aesthetic playing drums while Suga spits bars is art itself.

The song itself is so upbeat and catchy. It’s going to be difficult for us to get the “Hey na na na” out of our heads.  That’s not even mentioning the strong message of their lyrics.

All we’re saying is we can’t wait to watch this performance live!

The title track, “On”,  is a collaboration with Sia. There is also the digital version of the song with only the members’ voices. Much to ARMY’s delight –  who have been calling for collaboration for years – Troye Sivan revealed that he worked with the boys and wrote “Louder than bombs”.

While BTS dropped the “Kinetic Manifesto Film: Come Prima performed by BTS” for On, fans will have to wait a few more days before the release of a further music video “On”  which releases February 28. As kings of a multi-platform approach to the music industry, BTS released a 30-second teaser for “On” on TikTok a few hours before the release of the actual album release. ARMY predictably broke the streaming site once the trailer was released with many taking on the #OnChallenge.

There are now 15 new songs which BTS fans (and everyone) will be listening to and streaming on repeat.

What you need to know about the album

BTS have songs named after these different theories. They’ve also sought to explain – through their lyrics and music videos – why these theories are important.

Speaking to the BBC, Stein acknowledged the group’s use of his work. “It’s a very important topic because young people who find their personas inadequate, or feel like they’re not fitting in, are very vulnerable to mobbing (bullying) or to suicidal acts – so I think BTS addressing that is very timely and important for their audience,” he said.

Why 7 is our favourite number –  and BTS’

Hours before the release of the album, during a special V live broadcast, leader RM revealed: “With this album, we’ll face the shadows we’ve hidden until now, and it also contains the ‘ego’ we want to recognize as a part of ourselves. Our team consists of seven members, and this album will be of us seven members looking back on the seven years as BTS together.”

In an interview on the Zach Sang show earlier this year, RM said the album has more meaning than fans can imagine. “The title, ‘7’, is very heavy for us,” RM said. While the leader said it’s not that it’s a burden, it is a “strong” title with lots of symbolism.

Then there’s the element of good fortune. “Also seven means very good luck, right? Like a jackpot. Lucky number seven. In many different kinds of ways, seven really feels like… this is it. This is the time that we have to use this title,” RM also said.

Speaking around the messages revealed in the album, Suga said: “One message that penetrates the album as a whole is that you must face your inner shadows but resist becoming submerged into its depths. You must face it and move on forward.”

Fans were properly treated – even before the official release

Continuing with the trend that the group started from the last album, the group released an intro as well as the interlude track. Member Suga featured in the Interlude: Shadow while j-hope was responsible for the Outro:Ego for the album. Both of the songs displayed the unique musical styles of Suga and j-Hope to the delight of fans. Best of all, rapper Suga treated fans to a bit of his singing voice. The videos were also art personified, further displaying the vast experience and range of the group.

BTS released the music video for the song Black Swan prior to the album release. Featuring dancers from a Slovenian dance company, the music video was the first one that didn’t feature the members. However, the group performed it on the James Corden show in what was a truly magnificent musical performance. BTS will also be appearing on Carpool Karaoke with James Corden as part of their promotions for the new album.

BTS have been busy

Even though it has been nine months since the release of their last album, fans of the group have not been left without any content. The group has been busy winning all the awards and starting up creative side projects. j-hope released a remake of the song Chicken Noodle Soup (originally by DJ Webstar and rapper Young B) with Becki G.

They kicked off a worldwide art project titled Connect, BTS. The project was a global project connecting artists from five countries. It was essentially a global art curation based on BTS philosophy. There was even some representation from the African continent with Nigeria artist Jelili Atiku’s works appearing at the Berlin show.

BTS has delivered again as expected. Don’t mind us but we’ll be listening to the album for the considerable future.

The K-pop Tracks We’re Jamming To This Summer

VMAs: K-pop Category Is No ‘Win’ For Music Diversity

Map Of The Soul Persona: Nothing But Luv For The BTS Comeback

How BTS ARMY Worldwide Has Shared The Love Myself Campaign