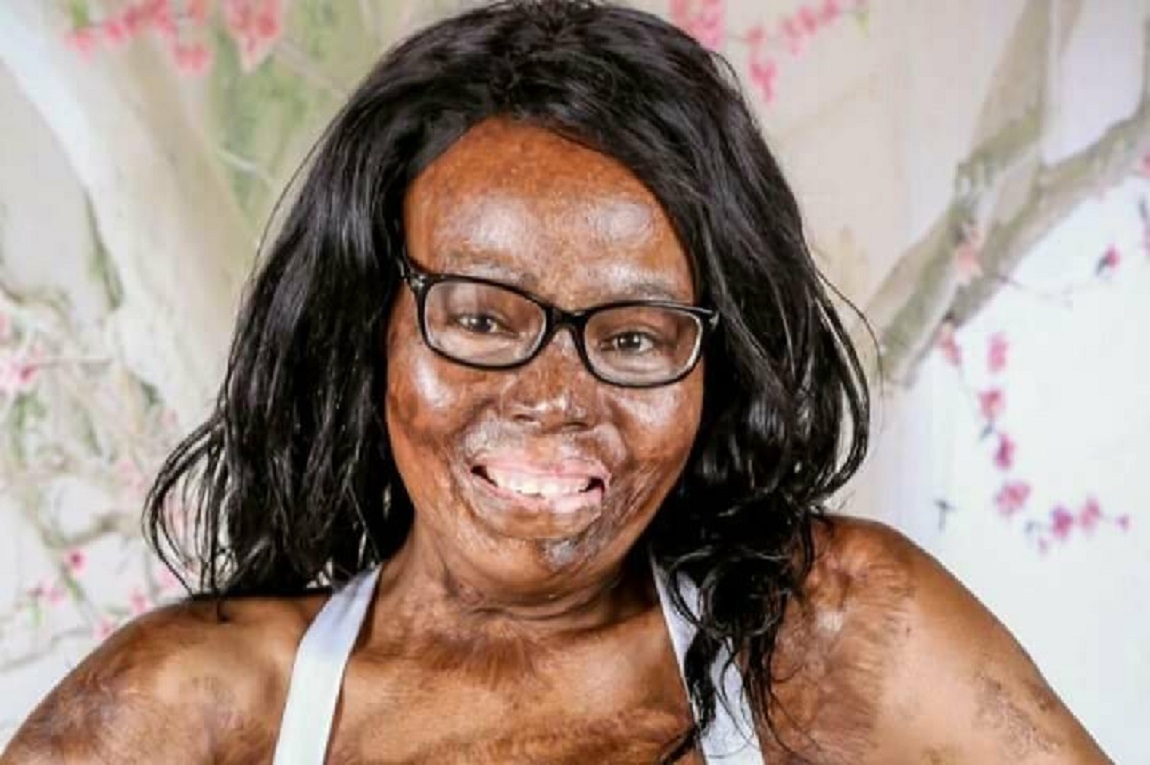 The furore around Babes Wodumo, radio personality Masechaba Ndlovu, and domestic abuse has sparked outrage on social media, with many people attacking Masechaba for what they believe was an “ambush”, when she revealed on her Metro FM radio show last week that the Gqom Queen had been abused by her former partner, Mampintsha. Some celebrities went as far as saying that the way the interview was conducted was “unsettling” and that victims should be allowed a chance to share their story on their own “terms”.

Forty-year-old burn survivor Thembi Maphanga from Middelburg, Mpumalanga who says that “her own terms” cost her her two-year-old daughter and left her with physical and emotional scars, shared her ordeal with the Daily Vox.

Yes i was burnt by my bby daddy and yes i did not see that coming
Yes been mock by ppl and yes i lost my daughter to the fire and yes im trying to stop other women not to go through what i did and to our young burnt survivor to stop hiding and to knw its OK to be different pic.twitter.com/BX5KYwOs2N

It all started as emotional abuse that was one day followed by a slap. He apologised and said he didn’t know what had happened to him. That slap was then followed by a blue eye. I called my family and we spoke about it. He said he was going to try and find help and we moved on. It all got serious the day he dragged me in front of people at a friend’s place where we had gone to for an event. He wanted us to leave but I couldn’t because I was helping with catering. He accused me of wanting attention from the men who were around.

People intervened and he apologised, saying he had had too much to drink and would go home and sleep. But he wasn’t drunk and didn’t even drink too much, he was in his sober mind. When I finally went home, he wasn’t there, he only came back the following morning. When he came home he expressed his dissatisfaction with how I had handled the situation. He was not happy with the fact that he wanted to leave and I wanted to remain behind. He said he felt as though I didn’t respect him and his feelings. He then told me he had come to take all his belongings and was moving out. I was so tired that I couldn’t even pay attention to him, I just slept in the lounge and told him it was fine.

He started moving around the house packing all this stuff. He then came to me after he was done packing, saying we needed to talk in the bedroom. Our daughter came to join us, he then locked the door. He was so agitated that he kept on pacing up and down, all this time, I wasn’t paying attention at all. I then told him to say what he needed to say – I was tired and needed to sleep. He picked up a 5 litre bottle of petrol on the side of the bed and I still didn’t pay much attention because he worked at wine company and sometimes they keep bottles.

It was until he threw it on me that I realised what was happening. We started fighting for the matches until he overpowered me and finally managed to strike it. He jumped out through the window, leaving my daughter and I there to die. My daughter inhaled all that smoke. We were rescued by a neighbour who saw me through a window. I woke up in hospital three months later. I was told my daughter had passed two days after the incident due to severe amount of inhalation. I went through all that trauma and realisation of the fact that I wasn’t going to be the same again. I spent an entire year at the hospital and had to go for rehabilitation after that.

After seeing the comments on social media about Babes Wodumo and abuse, I wish people would leave commenting to women who have been through it. Also, there’s no way to help someone who is being abused other than “ambushing” them because they are usually very defensive. They are very protective: they own up to the wrongs of their abusers because abusers are very smart. They have a way of isolating you from everyone and they cage you. The next thing you know is that you are nothing without them. I wish I could have been “ambushed” because you keep hoping for the better but it never happens.

Interview has been edited for clarity and brevity