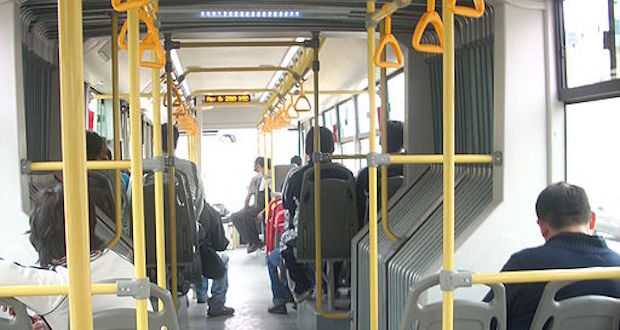 In February, a Metrobus drove off the side of the Queen Elizabeth in Braamfontein. It was reported the bus driver lost control of the bus and ploughed into the concrete wall. None of the passengers were harmed and the bus driver sustained only minor injuries. Days after the incident, Eyewitness News shared a video of an overloaded Metro bus with passengers hanging out of the opened door. PONTSHO PILANE asked Metrobus commuters about their experience of the service. Quinton Manning, 18, student, Mayfield Park
This year is my first time using the bus to commute to school and so far it has not been so pleasing. I am a first-year student and I have a lot of morning classes at 8’clock, but I am always late because of the Metro buses. The bus that I take, the 56, is hardly ever on time. My friend also commutes; her bus is always punctual, but mine is very unreliable. Like right now as I speak to you, it’s so late already, but it hasn’t come. I don’t know if it is coming, but I hope it does soon, otherwise I have to make a plan to get home this evening.

Jane Watts, 51, facility manager, St Regent’s Park
I have been using the Metro buses for the past 17 years and I have watched the service deteriorate over the past years. Right now, their service is not good at all – there is always a bus shortage and no matter how much we complain, management does not take us seriously. The fares keep going higher, but the service gets worse and worse. We are always overloaded. This one time we couldn’t take it anymore and protested against the bus driver who wanted more people to get onto the bus. It was so full we couldn’t even breathe. Management is not taking us seriously as customers and this must stop. Sizwe Simelane, 21, student, Mondeor
The Metrobus is the worst! It is always so full and more often than not people are left behind. I don’t take the bus unless I really have to, so my mother picks me up every day. I would have to be left behind because the bus is full and then I would get to campus late. The bus schedule is unreliable – the buses come whenever they want to anyway and complaining doesn’t help at all. I think Metrobus management does not take us as commuters seriously because they know we have no other alternative transport. Esther Moyo, 20, student, Rosettenville
The bane of my existence is having to take the bus every day. It is so frustrating! Metrobus actually disrespects us as customers and the people they are rendering a service to. The buses are never on time: they come when they please and we are always so packed. Sometimes I can even feel that the bus is unsteady and it could really just topple over at any given time. The drivers are just really careful and thank God for that. But overall, the service sucks! If I had a choice I really wouldn’t use the bus. Bettina Thabane, 64, nurse, Rose Acre
The previous Metrobus management used to regularly check in with commuters – there was good communication. Now, it’s really just horrible. We get packed like sardines in the bus and I always fear that we would get into an accident. It’s not like we don’t complain, but we are not being heard – they choose to ignore us. My mother is very old and I have to use the bus to get her to the doctor. A bus driver once rushed me as I helped her into the bus and when I stood up against him he told me I should get my own car. I was so hurt and upset. Even though I complained about this incident, nobody followed up with it and nothing ever happened.

– Voxes have been edited for brevity and clarity.
– Image by Cesarpez via Wikimedia Commons.