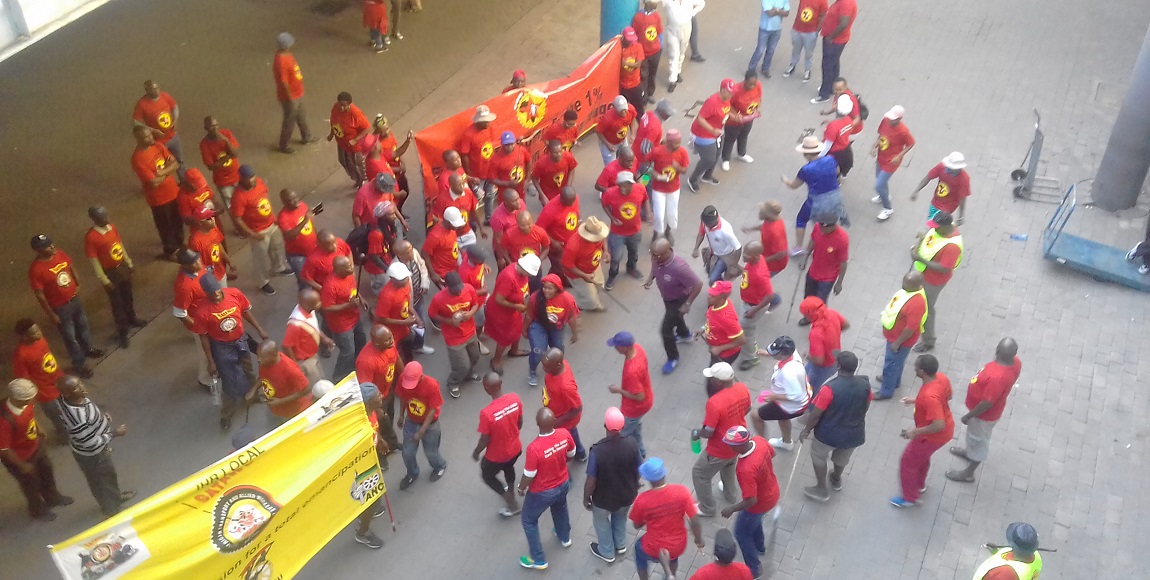 It is roughly about 30 minutes after six on a Monday evening at Park Station
Johannesburg. Abeba*, a woman in her late twenties, waits anxiously for her Eldos Coach bus to East London, meant to arrive arrive at six pm, which is nowhere in sight. Instead, she watches bus employees on strike chant and move up and down where the buses stop to pick up passengers.

“I am angry and confused because my bus to East London is not here yet, they are not telling us where the buses are, but they say the bus will arrive as soon as the strike is over. When will the strike be over? I don’t know.”

She is not the only passenger waiting for her bus. Many sit in the waiting seats looking over at the 30 so bus strikers in red t-shirts singing in front of the boarding gates. Some look at their wrist watches and cell phones, checking for the time in frustration, while the bus marshals beg for their patience until the striking bus drivers clear the ground so the buses can move in.

For Abeba, she says she is not fully aware of why the bus drivers are on strike. “I think it has something to do with money, I don’t know but what are we meant to do, and how long is this meant to go on?” she asked. Abeba said she was more concerned about the bus delays affecting her plans in East London. “I cannot arrive too late. There is a reason why I have to leave now, these people are not saying anything,” she says, pointing at the empty Eldos Coach ticket sales office behind her.

Eldos Coaches is also one of the 67 bus companies where five unions have embarked on this industrial action. Many ticket sales office are closed because of the current national bus strike action.

Labour unions have called for bus drivers to intensify strike action following two deadlock talks with between bus company employers. Unions are refusing to back down until their offers are met. As the strike enters its seventh day, and unions enter into new negotiations with the labour department, many short and long distance bus commuters like Abeba have no choice but to bare the delays.