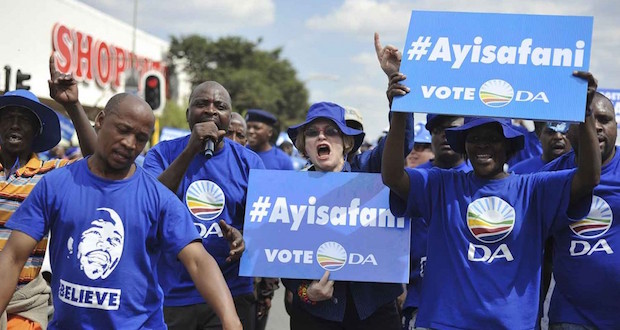 On Sunday, Democratic Alliance leader Helen Zille announced she would not be standing for re-election as national leader at the DAâ€™s federal congress in May. The surprising announcement has led to speculation about who will take Zilleâ€™s place and whether the party will evolve under black leadership. RAâ€™EESA PATHER asked Capetonians what they thought about Zille stepping down. Claudi van der Merwe, 19, student, Cape Town
I donâ€™t think itâ€™s a good thing. She was quite nice, and her good leadership shows in that the Western Cape is sorted out well if you compare it to other parts of South Africa. I donâ€™t know if I will still support the party when she steps down. If a black leader takes over, then he or she could change the party; it just depends on who he or she is. Sikhumbuzo Tshakeni, 30, clerk, Khayelitsha
Sheâ€™s giving other people a chance so itâ€™s a good thing. The DA is doing well because there are no protests here, unlike other provinces. It will be a good thing if they had a black leader because they will get more votes from black communities. I think the DA is a party for all people, that perception of it as a white-dominant party [isnâ€™t true] â€“ like now in the townships there are people supporting DA. Lienke Niemand, 20, student, Greenpoint
I donâ€™t think itâ€™s good she stepped down, but I also think she got into a lot of trouble because sheâ€™s a woman. If a man is in charge, if he has the same vision as her then itâ€™s fine. A woman doesnâ€™t come across very strong as a leader. I believe women are strong enough, but the public doesnâ€™t see it that way. A black leader wonâ€™t change anything in the party; half the party is already black. With her stepping down, a lot of people will change their mind that the DA is a white party, especially if they get a black leader. Sitha Ludidi, 31, waitress, Philippi
I was surprised when I heard she was stepping down. Zille is a very strong leader, but she isnâ€™t perfect. If the party has a black leader, I donâ€™t think it will really change. In townships, they voted for Zille. I know where I live, most of the people voted for the DA. Iâ€™m not happy they voted DA, because Zille was only using those people for her own benefit. That would probably change under a black leader, because they would understand where we are coming from. Adrian Andries, 48, aluminium and glass window repairman, Hermanus
Itâ€™s good sheâ€™s stepping down. The DA does nothing for our community. If a black leader takes over, things will change. A black leader would do something about the problems we have, because he will be able to see what is happening in our communities. We say the DA is a white party because they do nothing for black communities.

Featured image: By Ihsaan Haffajee. All other images: By Raâ€™eesa Pather.