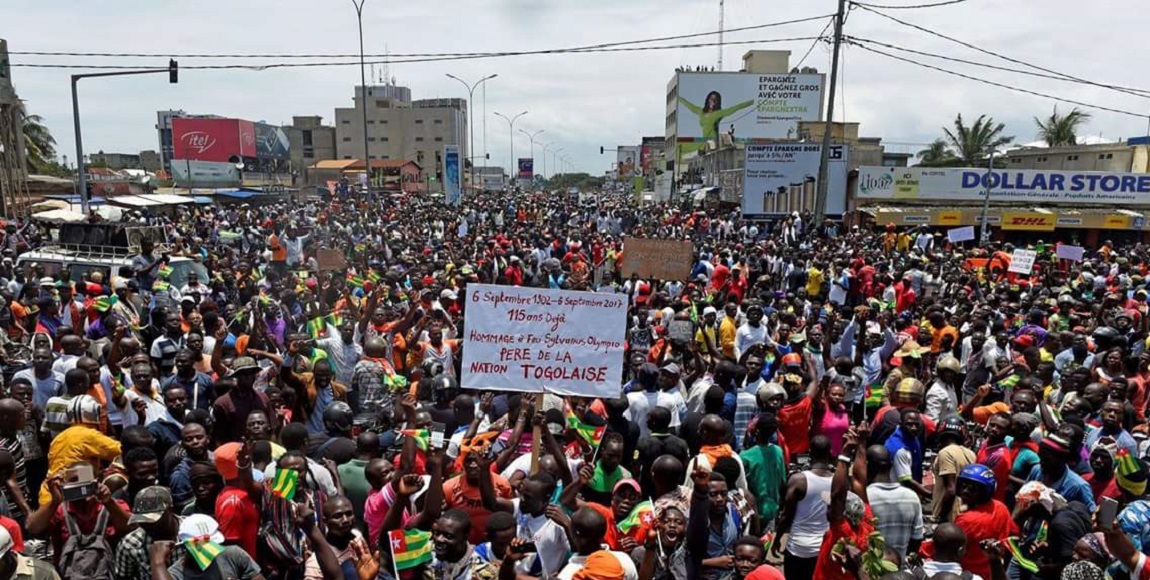 Protests against Togoâ€™s President Faure Gnassingbe are intensifying, with a march against the Gnassingbe familyâ€™s fifty year rule in the works. The Daily Vox team rounds up.

The Gnassingbe family have held power in Togo for the past fifty years. Current president Faure Gnassingbe took over the presidency in 2005, following the death of his father, Eyadema Gnassingbe who had ruled for 38 years.

Why are people protesting?

Protests broke out in late August when the opposition party, Le Parti National Panafricain (PNP), called for the return of the 1992 constitution which guarantees multi-party elections and a two-term limit for the head of state.

The previous president, EyadÃ©ma GnassingbÃ©, changed the constitution in 2002 when he was seeking a third term.

The current president has agreed on a proposed bill to introduce a two-term limit for any future presidents. But the PNP believes Gnassingbe wants to use the bill to ensure he can be president until 2030. They believe Gnassingbe will run for president in 2020 again and then argue that under the new constitution he should be allowed to run for at least two more terms.

While the opposition are in support of the restriction on presidential terms, they want the president to agree to step down first. They also want faster reform in the country as well.

How has the government responded?
Government security forces met the protests with violence and suppression. Police fired tear gas and rubber bullets into crowds, injuring many protestors. Up to seven people were reportedly killed.

Protests this week have been peaceful for the most part. However, late last night security forces fired tear gas at protesters holding a late night sit-in in the capital, Lome and the state has now restricted internet access in the country.

Whatâ€™s next?
African heads of states including members of the African Union and the Economic Community of West African States (ECOWAS) have not yet reacted to the events in Togo.

Shame on you @ecowas_cedeao and shame on all the 56 cowards who call themselves heads of states in #Africa. Your silence is criminal #Togo

Gnassingbe appears to have no intention to step down but the people of Togo have vowed to continue protesting saying 50 years of Gnassingbe rule is too long.

Alex Vines, an analyst for the Africa program at international affairs think tank Chatham House says security forces have shown they can successfully suppress protests and â€œthe president still remains a strong grip on power.â€ Further conflict may be inevitable.