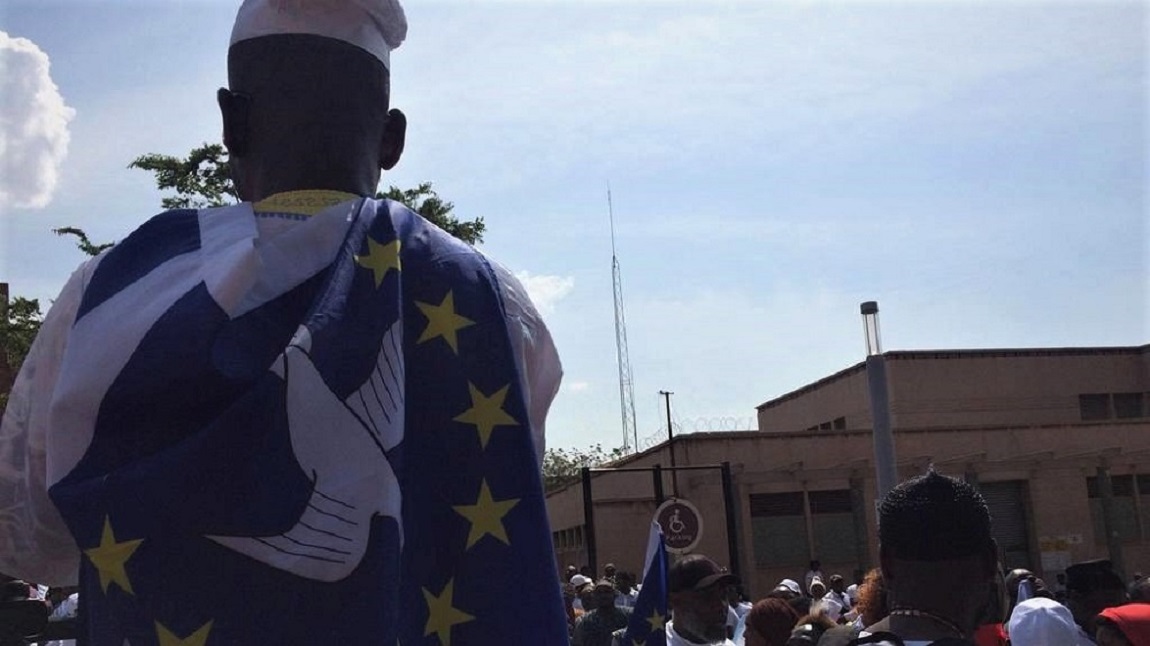 The United Nations and Doctors Without Borders (MSF) have reported that intensified violence has led displacement. There has been a displacement of more than 437 500 people within Cameroon. More people fled into Nigeria where they are staying in refugee camps in Cross River State.

The UN High Commission for Refugees (UNHCR) built a refugee settlement in August 2018. By December 2018 it held more than 6 400 refugees.

In a report compiled by MSF, they spoke to refugees in the camp. Lydia Ochin from Akwaya, Cameroon said: “I escaped from my country in October 2017. I have lived with my family, my husband, and my children, in Adagom refugee camp since August 2018. Life in the camp is not easy. I live here with my husband, who is sick with tuberculosis, and my children. Eight people living inside a small tent. Now that my health is getting better, the biggest challenge is food. We do not have money to buy food on our own and all we eat is the rice that is given to us.”

In the area, the MSF Cross River project operates six mobile clinics for the host and refugee community. The organisation dug boreholes and repaired handpumps to provide water for the communities.

In February 2019, faith and civil society organisations like the International Fellowship of Reconciliation and the Denis Hurley Peace Institute will deliver a letter to the 40th session of the UNHCR. The letter demands UN members states investigate allegations of human rights violations in Ambazonia. At the same when the letter is delivered to the UN, press briefings are to be held in Geneva, New York, and Johannesburg.

There are daily reports on social media about alleged violence in the region. “The UN HRC has the power to cultivate the conditions for peace,” said the Rev. Dr. Emma Jordan-Simpson of the International Fellowship of Reconciliation. “We strongly believe that a UN HRC-mandated fact-finding mission would have the immediate effect of quelling violence and saving lives.”

What has been happening

Those calls led to a violent crackdown by President Paul Biya’s Francophone government on the Anglophone population of Southern Cameroon. In 2017 there was an internet shutdown to prevent mass mobilisations against the government and many people were killed by the security forces during protests. There were arbitrary arrests with people detained in already overflowing jails.

Black-On-Black Colonialism: The Divide Between Francophone Cameroon And Anglophone Ambazonia

Biya won his seventh term in October 2018. The elections were marred by low turnout, especially in the Anglophone zones. He has been in power since 1982. The constitution was changed in 2008 which removed term limits which would allow him to rule for even longer.

During a 2017 march by the Southern Cameroons community living in South Africa, Milton Taka, a spokesperson for the Southern Cameroons Ambazonia Consortium United Front said: “Only the Ambazonian flag will fly all over our land. Our people are taking their power back. From today we declare self-rule. Self-determination is an inalienable right and nobody will take that from us.”

There have been all around calls for an increase in attention for Cameroon. Both the UN Resident and Humanitarian Coordinator to Cameroon, Ms Allegra Baiocchi, and Cameroon’s Civil Protection Director, Ms Yap Mariatou warned about the increased need for humanitarian assistance due to the Francophone-Anglophone conflict.

“Cameroon today can no longer be a forgotten crisis; it needs to be high on the United Nations agenda,” Mariatou said. The UN estimates that around 4.3 million people in Cameroon requires lifesaving assistance. This is one in six people and mostly women and children.

Cameroonian refugees in Nigeria by MSF on Exposure

There has been a cross fleeing of people. Nigerian people fleeing to Cameroon from the northern Borno state it’s been reported in January 2019. They are fleeing increasing Boko Haram militant attacks. Reportedly there was a displacement of 30 000 people after a deadly attack that happened on January 14. There have been calls for the Cameroonian government to accept the refugees into the country. This all happens against the backdrop of the violence the Cameroonian government in enacting against its Anglophone-speaking citizens.

Until international action is taken, the crisis in Southern Cameroons continues.