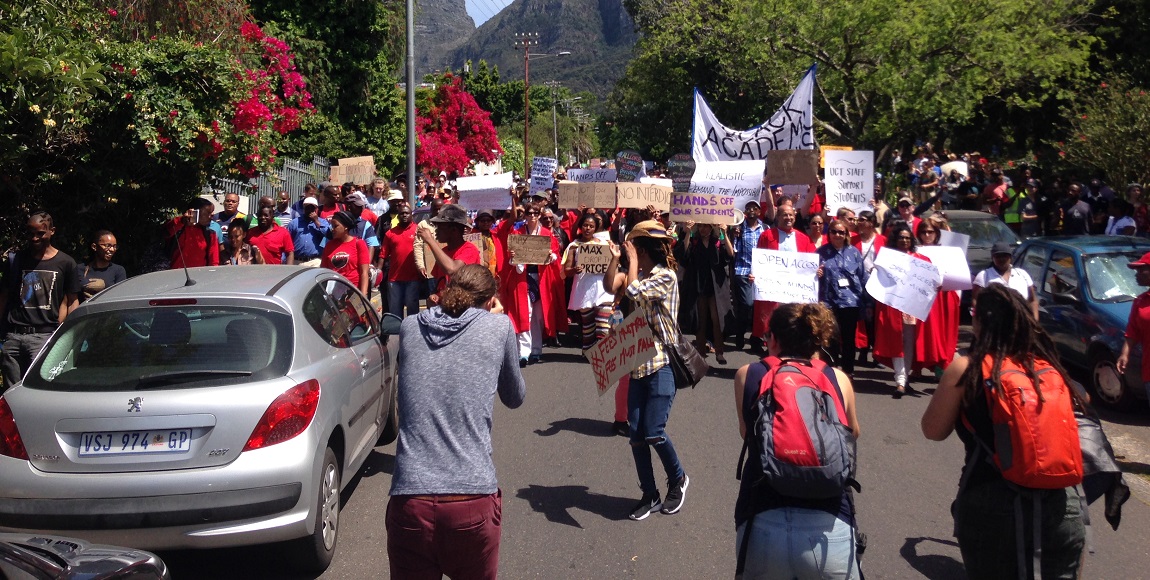 Last week, Capricorn Technical Vocational Education and Training (TVET) College in Polokwane had to suspend its walk-in registration after a stampede, during which six people being injured. Following this incident, the TVET college announced that it would resume its registration at the Peter Mokaba Stadium (where thousands of students queued overnight) to provide a bigger registration venue for prospective students. But what contingency plans can TVET colleges implement to better deal with stampedes in the near future?

In an interview with The Daily Vox, the national secretary chairperson of the TVET Colleges Governor’s Council Advocate Xolile Xuma said that that colleges can allow for students to register online, and decentralise some of their registration processes to campuses and satellite campuses.

â€œ[They] need to modify or amend or improve their registration processes in the sense that you have a process where it allows you to not necessarily register, enroll and admit on the same dayâ€¦,â€ he said.

While Xuma acknowledged that there are colleges who are doing their best in trying to better handle walk-in registrations, this is difficult to maintain. â€œOn the pronouncement made by the president on free education, and therefore that caused the stampede [at Capricorn College]. Yes of course there must be some universities that have managed very well and we can learn some lessons from themâ€¦ but this is not a simple exercise but colleges are doing emir best to ensure that they manage these walk-ins,â€ he added.

The Capricorn stampede is not the first incident to happen at an institution of higher learning. In 2012,Â  one person was killed and 17 injured after a stampede at the University of Johannesburg (UJ) during registration week. Herman Esterhuizen, the universityâ€™s media liaison said to The Daily Vox that they introduced online applications and registrations in 2013, following the 2012 stampede. The university said it has also has an online late inquiry system for study programmers where the university still has space.

â€œThe late inquiry system of virtual walk-in, our online chat system and UJâ€™s extended Call Centre offer our prospective students convenient access to those near and far away from UJ,â€ Esterhuizen said.

With the deadline for late registrations and walk-in applications approaching soon, there are still students struggling with securing a place to study at different institutions of learning. David Fryer, an Economics lecturer at Rhodes University said that the sad reality for most student hopefuls is that not all of them will find a college or university to study, as this is impossible. â€œIf you look at the ratio of bachelorâ€™s pass and places in universities, I donâ€™t think it is possible,â€ he said.

Fryer also said that, while it may not be able to predict whether students who have not found places to study at institutions of higher learning will cause more stampedes, this could be a fair reason for frustrated students to do.

â€œThere’s gonna be lots of students frustrated, and then decide to come to campus, like we saw with [Capricorn College] a few days ago or we saw at UJ a couple of years ago. I think the thing to do is to emphasize that there is a gap between places and qualifying studentsâ€¦ and what are those students going to do if they canâ€™t make it into university?â€ he said.

Fryer added another issue that should be looked at is the limited time students were given to look for places to study and sort out their finances.